Doughty on Stoll: “He was always there to help” 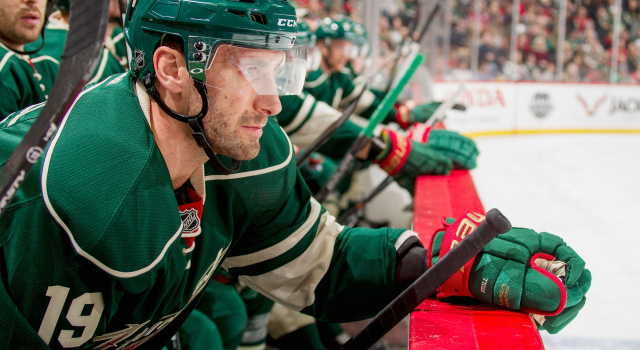 The Minnesota Wild are in town to face the Los Angeles Kings tonight (7:30 p.m. / FOX Sports West / KABC 790 / I Heart Radio), which means that one of the Central Division’s stingiest teams will look to limit a surging Kings offense that has scored 40 goals in the last 13 games and now ranks fifth in the league with a power play clicking at 21.5%.

Though having lost five consecutive games in regulation, Minnesota has a structured and clear defensively-attuned identity, and Jarret Stoll, whom the Wild claimed off waivers earlier this year from the New York Rangers, would appear to mesh well with a group that thus far has combined to average an impressive 2.35 goals against per game. Other than 2013-14 and 2014-15, when they allowed 198 goals in both seasons, the Wild have lowered their goals against each season since 2009-10.

Stoll is no longer the top-six scoring threat he was, and having been waived by the New York Rangers earlier this season, opening the door for him to join Minnesota, there is no clear indication of what the future holds for the two-time Stanley Cup winner. The 33-year-old has two goals and five points while averaging 12:49 of ice time over 46 games this season with the Wild and Rangers. His first goal with Minnesota came in the first period of the Wild’s 3-1 loss to the Ducks last night.

With Willie Mitchell having returned to Staples Center in both 2014 and 2015, Stoll becomes the second player who had won two Stanley Cups with the club to return to Los Angeles to face the Kings.

“I guess, because Stolly was here for both Cups, and for me, he was here every single season except for this one, it will be a little different than maybe playing against someone you only played with one or two years,” Drew Doughty said. “For the most part, we’re going to treat him the same way and play him hard, and that’s it.”

Stoll, whose role evolved into a primarily defensive center as his time in Los Angeles elapsed, will be emotional but happy to reciprocate the physicality in what has generally been a low-scoring series.

“You know he’s going to play you hard,” Doughty said. “It’ll be weird, but I played with him for so long here, like seven years, and he helped me out. He was kind of one of the older guys that always helped me out as a young guy and he did a lot for me. I miss him, but obviously we’ve got to win tonight.”

Stoll will be honored with a videoboard tribute during the first television time out, and while there may be some detractors who are aware of his Las Vegas arrest that took place shortly after the 2014-15 season, his contributions to the team are fresh in the mind of the ex-teammates and staff who hold him in the highest regard.

“He helped teach me how to be a better pro,” Doughty said, “He was good in the gym, doing a lot of that kind of stuff, and very good at preparing himself for games and practices. When he got on the ice he was a hard worker and he led by example that way, and just off the ice in everyday life, whether it was something to do with my house or my car or whatever it may be, he was always there to help. Taking me for dinners when I was really young and stuff like that – just kind of showing me the ropes – him and Greener helped me a lot with that, and I’m very thankful for both of those two guys.”

Drew Doughty, on Minnesota:
Some teams you kind of get that run and gun look where if you get into a scoring chance match then you’re probably going to lose because we don’t win types of games like that, where Minnesota, they’re kind of more similar to us. They want to play kind fo a lower scoring game, they want to play good defense and capitalize on their chances when they get ‘em, but they’re a good team. It’s going to be a tough game for us, but if we play our style of game, we’ll beat ‘em.

Associate Coach John Stevens on Minnesota:
I would say they’re a really hardworking team that works with really good structure, and I think the reason they have an identity is because their top guys have bought in to playing that way. If you look at Suter, Parise and Koivu and how they play, you can just watch them and it kind of gives you a good idea of how their team plays. They use four lines, I think they’ve gotten Suter’s minutes down a little bit so they use six D more than they used to, and they’ve got a good goalie. They’re well coached, they play with good structure and they play hard, so I think that any time a team has an identity it’s because they have consistency in playing that way, and that’s certainly true in Minnesota.