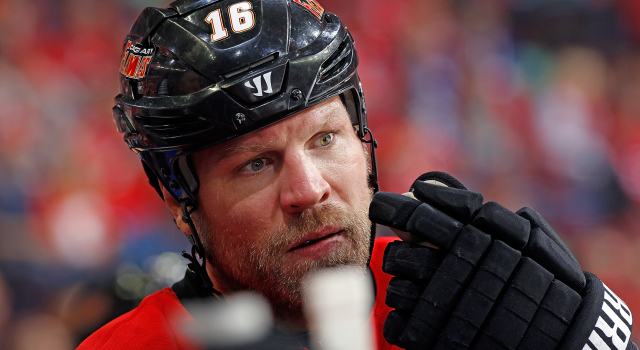 The hockey world was buzzing on Tuesday night into Wednesday morning after a graphic video of a fight featuring San Diego Gulls enforcer Brian McGrattan being knocked out and falling face first into the ice on Tuesday after taking a punch from San Antonio’s Daniel Maggio.

Below is the video and please be warned that it may be disturbing.

McGrattan left the game on a stretcher but was later reported by the team to be doing well and was also alert. The 34-year-old was reportedly sent home from the trip with the Ducks’ affiliate, as noted by Darren Dreger. On the bright side, this morning he was well enough to chat with TSN’s Toronto station 1050 tweeted this out:

Thanks for all the msgs. Everything is fine i am not dead and will be back shortly!! Been around a long time and know the risks!!

Considering the rivalry between the Reign and the Gulls, I had the chance to ask Reign head coach Mike Stothers, a fighter in his own right during his playing days, and Reign enforcer Paul Bissonnette about the video and how they felt watching it.

Stothers, on how seeing the video made him feel:
Anybody that’s fought has taken one and had that happen. That’s what fighting’s all about. It used to be, especially when you’re a player, they talk about a guy and, ‘Oh he’s so tough, he’s never lost a fight,’ and I always thought, well then you’ve never fought because we’ve all lost fights. Mike Tyson loses a fight, Ronda Rousey loses a fight, Brian McGrattan loses a fight. That’s all. He’ll get up and I’m sure he’ll be as tough and as menacing as he was before, that’s just the nature of the game. Nobody likes to see anybody laying face first down on the ice, but again, that’s part of the job. It’s a tough job. It’s a dirty job. Nobody’s invincible either. All it takes is one maybe lucky punch, depends on where it lands and things happen. Hopefully he’s OK. From what I read on the tweets and stuff like that he was up and moving around and stuff like that. I’m sure the big man will shake that one off and get back to being what he is.

Paul Bissonnette, on what thoughts went through his head watching the video:
I saw it last night. It was pretty brutal to watch. Obviously with what I do, a similar role, you kind of think about yourself being in that situation. Yeah, it kind of makes you think. Hopefully he’s all right and makes a recovery. He tweeted out today something so it was nice to see that he’s doing all right. Yeah, just wild.

Bissonnette, on putting the rivalry aside and thinking about the person:
The game’s our life but it’s not life. It’s a sport. When you see things like that it kind of takes you a step back and you see the big picture. The guy’s got a wife and a kid now, his kid’s pretty young and I’m sure he still wants to be playing when he gets old enough to remember. With the type of game he plays you’ve got to take the injuries and the brain damage into account and evaluate your situation. Just seeing that, yeah, it’s scary stuff.

Bissonnette, on more fights at the AHL level vs. the NHL level:
I think it’s just because, even when I was in the American League (early in his career), guys are trying to show, especially ones that aren’t fully packed with skill, that they can add another dimension to their game and hold their own physically. There’s a big thing to be said of someone who can not only play and chip in offensively and be put in every role but can also fight too and protect themselves and stick up for teammates. I think this is kind of the league where guys are trying to show that they have that extra dimension, show that they can add something even to an NHL lineup because when you’re stepping into an NHL lineup a lot of time a guys’ going to a first- second-line role in the ‘A’ to a role player, third, fourth line, filling in on certain spots. That’s my biggest reasoning for it and I find that especially this year the league’s gotten a lot tougher with a lot of the guys from the NHL level who did do that job have come down now. You look at our division and there’s quite a few guys. Yeah, it’s heavy.

ttan joined TSN 1050 radio in Toronto on Wednesday and said he is “fine.”