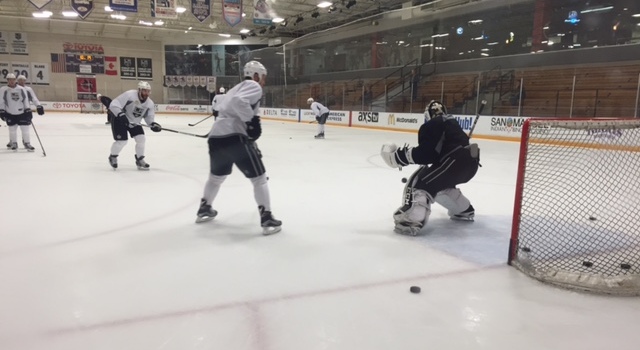 Good morning, Kings fans. The Dallas Stars are in town tonight for the teams’ first of three match-ups this season, and in advance of the renewal of the former Pacific Division rivalry, Los Angeles aligned as such:

-So, Jeff Carter skated as a wing for the first morning skate this season.. He has plenty of experience at wing. He played wing during the team’s 2012 Stanley Cup run and did just fine. Even Tanner Pearson has experience playing opposite Carter on a line centered by Anze Kopitar. “He’s going to be in stride when you give him the puck, and if you hit him in stride, he’s probably going to beat the defender,” said Pearson, who also noted Carter and Vincent Lecavalier’s size.

-Jonathan Quick left the ice first and is expected to draw the start against the Stars. Christian Ehrhoff and Jordan Nolan remained on the ice for extra work with Kyle Clifford (who is still on injured reserve) and Jhonas Enroth. I spoke with Clifford after the skate, and he says he feels completely fine but just needs to work his conditioning back up to game levels. Today was the first time he had joined his teammates at the start of a practice, so he’s getting closer.

-We spoke with Dustin Brown, and the focus of a potential story today will center around the team’s improved special teams play, but he did share this one reflection of his first 44 games: “I haven’t produced as much as I would’ve liked, but I think there are other parts of my game that have been really good. PK, the work aspect of that, and again, we have a lot of guys that find ways to win games for us in different capacities, and that’s kind of what our team’s about.”

-I forgot to reference this in yesterday’s practice notes, but Anze Kopitar was named as the league’s third star of the week after a three-game, two-goal, seven-point performance. It was the team’s second three-star nomination in three weeks as Jonathan Quick was named the league’s first star of the week on January 4. Patrick Kane and Sam Bennett were named the first and second stars.

-For Dallas, defenseman Jordie Benn was placed on injured reserve, and highly touted defensive prospect Esa Lindell is expected to make his NHL debut tonight. I’ll retweet some Mike Heika reports from the Stars’ morning skate when it begins in several minutes.

Kari Lehtonen has left the ice at morning skate and looks like your starter vs. the Kings tonight.

-More to come on a busy game day… 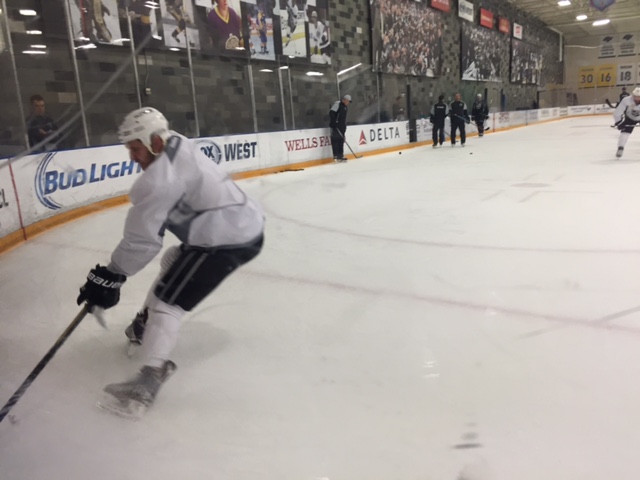