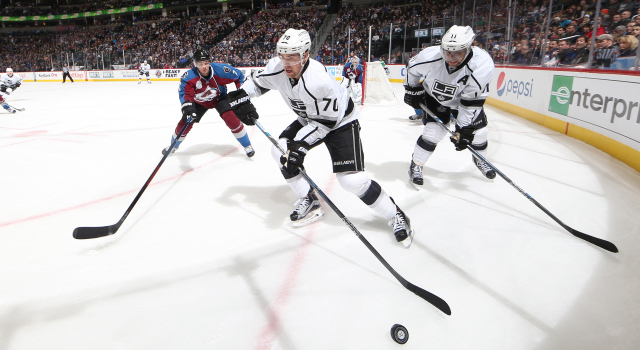 A funny thing happened en route to tonight’s game against the Dallas Stars: Tanner Pearson played a season-low 9:22 in Sunday’s 3-2 win over the Anaheim Ducks.

“Coming off of a loss, maybe Darryl was just switching things up,” he said. “Obviously you want to play as much as you can every night, but you know, the way the lines were that night, it was a bit of a different story. Towards the end of the game, I got moved up with Carts and Lewie, that bumped it up a bit, but I guess it’s a good thing to be out in the last 10 minutes of the third period trying to hold a lead too.”

He skated with three different forward lines in his five third period shifts on Sunday, lining up with Andy Andreoff and Jordan Nolan twice, Anze Kopitar and Tyler Toffoli once and Trevor Lewis and Jeff Carter twice.

Tonight, as the wheel turns, he’ll be aligned to the left of Vincent Lecavalier, whose minutes jumped up to 15:31 in the win at Anaheim. The Tampa Bay Lightning legend has goals in two straight games with Los Angeles.

“Yeah it’ll be kind of new playing with Vinny, obviously,” Pearson said. “I haven’t played with him before, but Carts getting moved to the wing, it’s kind of the same thing, he’s going to be in stride when you give him the puck, and if you give it to him in stride he’s probably going to beat the defender. Two big bodies, two players over 6’3 or whatever it is, so we’ve obviously got to use the size down low and hold onto the pucks and create some chances.”

Pearson, like several Kings, has seen ample time alongside multiple Kings linemates. Though a plurality of his five-on-five time has been spent with Anze Kopitar (247:00) and Marian Gaborik (246:20), he has also logged significant time alongside Nick Shore (162:41), Trevor Lewis (106:13) and Carter (95:13), according to Stats.HockeyAnalysis.com. He has exactly one minute logged with Lecavalier this year.

“Trying to get some guys going,” Darryl Sutter said. “It’s basically just Carts and Tanner play together lots, but we need to get some more out of some other guys. If we’re making a movie, we need some good supporting roles.”

Tanner Pearson, on playing opposite Jeff Carter:
I played with him and Kop last year while he was on the wing for a bit, but that was last year, it’s been a while since then, so you know there will be a lot of talk going on with us three tonight and hopefully we can create some stuff.

Pearson, on whether playing with Carter differs if he’s playing wing or center:
Not really, you’re just given two different guys in the middle of the ice, but I don’t think any aspect of their game changes too much, so it’ll be a bit different but not a whole lot.

Pearson, on Vincent Lecavalier’s presence:
He’s definitely vocal with his line mates before the game. He’s been around the league for a long time, and you know since he’s come here he’s done a really good job for us, so hopefully we can keep that going tonight, keep his goal streak going. 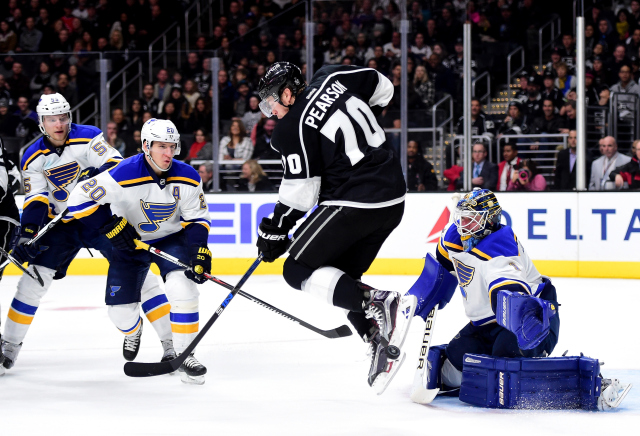