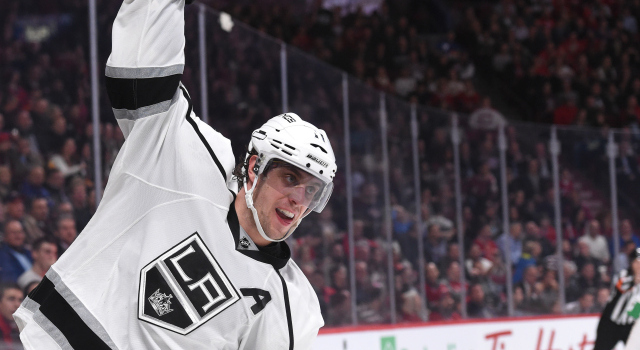 Though all signs had previously pointed to a signing and announcement on Thursday, at the moment there are no plans by the team to issue any release on Thursday morning.

Bob McKenzie of TSN reported on Wednesday that the contract is for eight years, with an average annual value of $10-million.

Financials and salary cap implications will be updated as soon as LA Kings Insider learns that the signing has been made official. When Kopitar signs, the Kings will have six unrestricted free agents currently on the roster in Milan Lucic, Trevor Lewis, Luke Schenn, Christian Ehrhoff, Jamie McBain and Jhonas Enroth in addition to restricted free agent Brayden McNabb.

Though Kyle Clifford skated, the full Kings team is not scheduled to practice on Thursday morning and will instead be taking part in a community relations appearance.