Kopitar contract to be done “shortly,” via hockey ops 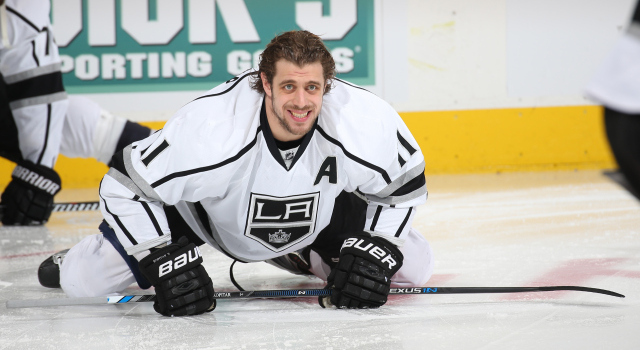 The Los Angeles Kings are close to finalizing a contract extension with center Anze Kopitar, with one source in hockey operations telling LA Kings Insider that “it will be done shortly.”

According to TSN’s Bob McKenzie, the contract will be for eight years at $10-million per.

Anze Kopitar's 8-year, $80M ($10M AAV) contract with LAK is, finally, in final stages of paperwork. So not officially "done" but very close.

Usually, in period of time when contract is getting "papered" nothing happens to jeopardize it, but Kopi deal has been drawn out/difficult.

Hence the emphasis, for now, on "not done" just yet.

And, via ESPN’s Craig Custance, the finalization of the contract is tied to a particular detail.

Final touches on Kopitar contract include details of NMC, still being worked out.

While the AAV is a touch higher than had previously been targeted, this is all coming as expected, and as had been noted on this site and in my appearances on radio and television, January was the expected month that the contract would be wrapped up, even if the contract hasn’t yet been finalized as of this writing. Though there appeared to have been a hiccup in negotiations earlier this week, there was apparently progress made in the last 24 hours, according to TSN’s Darren Dreger, who noted on Twitter that “something changed last night.”

I’ve also noted in media hits that should the Kings want to extend Milan Lucic in addition to Kopitar, Los Angeles will have to shed one of its larger contracts. That’s more likely to be a June move than a January or February move, however.

Should the Kopitar deal be finalized, I’ll update the team’s financials on this site. Here’s a preview:

In addition to Lucic and Kopitar, Luke Schenn, Trevor Lewis, Christian Ehrhoff, Jamie McBain and Jhonas Enroth are currently eligible to become free agents on July 1, while Brayden McNabb and Derek Forbort are due to become restricted free agents.

More to come as it develops…