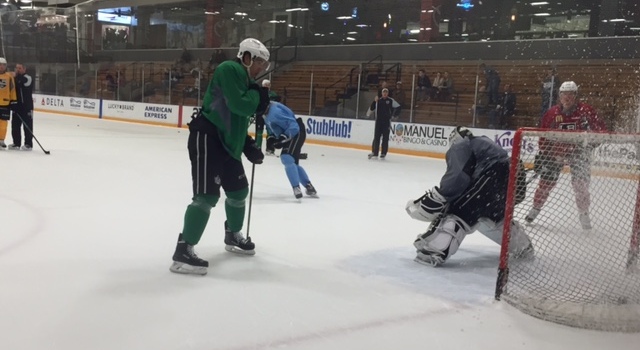 Good afternoon from El Segundo, where the Kings returned to the ice for practice after a day off on Tuesday. In reconvening, they aligned as such:

-So, there have been a few changes from Monday night. Also worth noting: There are still three full days before Saturday afternoon’s game against Ottawa, so it’s still possible that the alignment could evolve prior to then. I’ve been asked about Pearson lining up on the left side, which is something you see occasionally. Off the top of my head, one game in particular this season that I recall him lining up on the right side was the 3-0 win at St. Louis on November 3, and he scored in that game.

-Kyle Clifford (IR / upper-body) took the ice while the lengthy practice was winding down. There’s no firm timetable on when he might return, and he’ll still need to ramp up his conditioning before he’s on the verge of getting cleared for game action.

-On the three days without a game, Darryl Sutter shared what the thrust at practice this week will be. “Hopefully it gets everybody on the ice,” he said. “Get through the next three or four days – touch wood – having a full slate going into the weekend.” For what it’s worth, I’m hearing that the team won’t skate tomorrow because of a Children’s Hospital Los Angeles visit.

-Regarding Anze Kopitar, the sense I’m getting is that the deal won’t be announced today. (As of this morning, the contract hadn’t been finalized, but it was close.) There is a chance that the deal could be announced later this week. As always, I’ll share the updates I receive.

-Poor Dwight King, who has to be leading the league in blunt force injuries per 60 minutes, if we’re counting the broken foot suffered in the final preseason game. He lost a couple teeth and had a few more pushed back when he was struck in the face early in the game Saturday by a puck Dustin Brown had chipped into the offensive zone.

“A little dental work done, but it’s one of those things where he got a turnover and tried to throw it to the net, and I had seen him get the puck and went to the net, and when I turned around, [I was struck.] There’s nothing much you can do about it,” he said.

King has been wearing a protective mask that he says hasn’t been giving him any issues.

-We spoke with Kopitar and Vincent Lecavalier this morning. More stories to follow, including Darryl Sutter quotes. 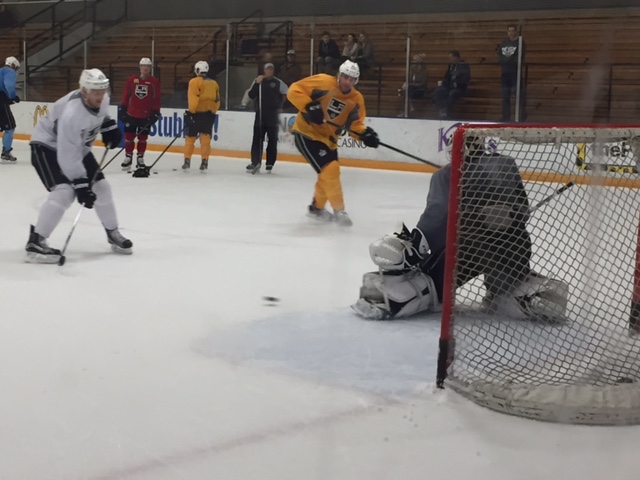