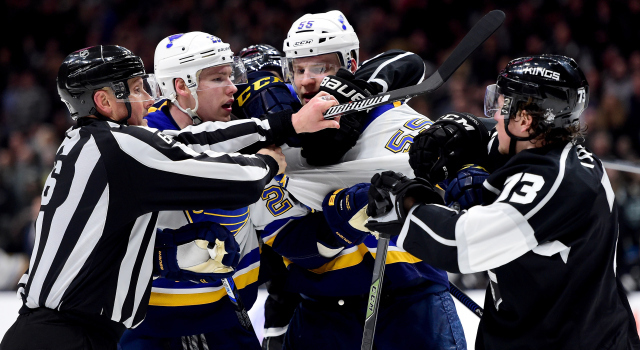 On the team’s performance:
I thought we worked hard.

On being animated after Brayden McNabb’s charging major:
How were you? [Reporter: Same.] OK. [Reporter: Did you think it was the right call?] Yeah, that’s why I was hollering at ‘em. I was telling ‘em it was a great call. [Reporter: What was your interpretation of the play?] The guy’s falling down, and Brady makes contact, so his head’s right down around your knees… so what’s your interpretation of it? Probably the same as mine. Don’t talk about it anymore. If they can’t make better calls than that, then-

On killing the five-minute major:
The penalty killing has given more opportunities to win this year than they have to lose, and it’s struggled lately. It was really good for them tonight.