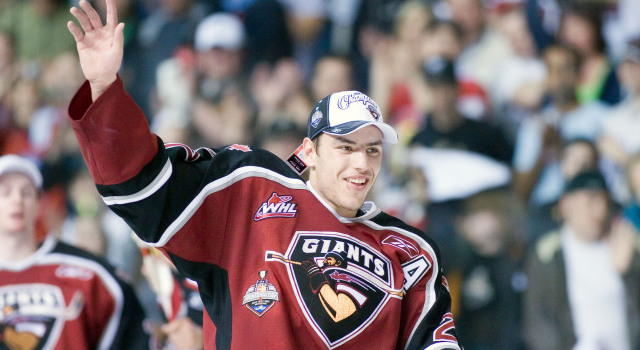 Collegiate and junior hockey rivalries go by the wayside when one-time rivals become teammates in the National Hockey League, but certain moments in a player’s development are often brought up with a laugh – or, in the case of Milan Lucic’s recollection of a scrap with Luke Schenn 10 years ago, a pretty clear and honest recollection.

On October 22, 2005, Lucic, who played for the Western Hockey League’s Vancouver Giants, and Schenn, who played for the rival Kelowna Rockets, got tangled up in Kelowna’s zone during the third period of an eventual 3-2 Vancouver shootout win. It was Lucic’s 17-year-old draft season, and while the rugged forward hadn’t yet refined his offensive credentials, he was well on his way to becoming a league heavyweight and ultimately finished with 149 penalty minutes in his first full WHL season. He was drafted in the second round by Boston following the season.

Schenn, who would ultimately be selected fifth overall two years later, hadn’t even turned 16 yet. Because he has a November birthday, his draft year was pushed back to 2008, much like Drew Doughty, who was also born late in 1989. Schenn, who isn’t a stranger to the rougher edges of hockey’s physicality, deserves credit for engaging with Lucic despite ceding one inch, a few pounds and 17 months to his dance partner.

Here’s how Lucic remembers the bout, which he believed was Schenn’s first professional fight:

“Yes, I think it was. I remember it,” he began. “It was in the far corner in the Kelowna zone. I actually had a broken finger at the time, but it was my draft year, so I didn’t tell anyone, and I was still fighting with a broken finger. That’s when I think everyone found out real quick that Luke was a lefty, when he comes in and he throws a couple quick lefts. It’s like I said, it’s one of those things that you laugh about now and a part of a rivalry, and it’s a part of the battle. Thankfully now we get to battle together against other opponents.”

Sadly, no videos exist of this scrap.

Milan Lucic, on the Vancouver-Kelowna rivalry:
It was a battle, especially those couple of years leading up to when we both got into that rivalry. The Giants really didn’t have a good record against Kelowna, and they were kind of the Kryptonite for us back in the day. Especially our first year – both of our rookie years – we came into the league at the same time, and we were both in the top of the league and top of the B.C. Division. It’s one of those things that’s a fun part about being in hockey is the rivalries. We definitely had our battles – matching up left winger, right D. It’s pretty cool looking back of who you end up playing with down the road. Definitely that’s something that sticks with you because it was a lot of fun playing in the Western League, and I’m sure when we get a chance we’ll talk about it.

Lucic, on his immediate reaction to Wednesday’s trade:
At the start, you’re like, ‘Holy!’ It’s two pretty good players coming in. Obviously there’s a reason they were both drafted as high as they were, and just coming in and adding some depth to the team, you can tell that the management is fully committed to making sure that this team is a championship team once again. It definitely provides, I think, a lot of confidence within the players, and kind of adds a bit of excitement because it’s a long season, so it definitely gets you excited about something. Two great players that can definitely help this team out, and we’re all excited that they’re a part of our hockey club now. 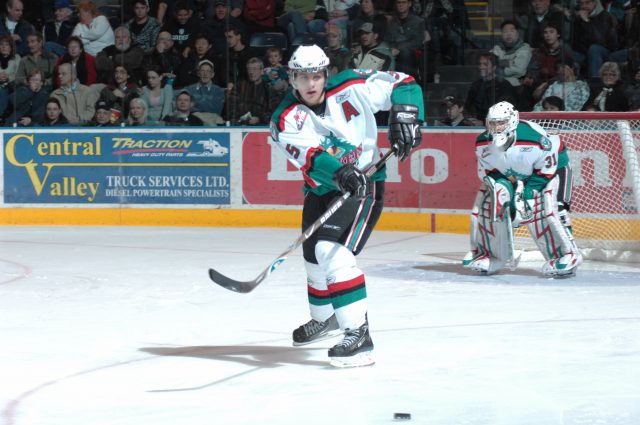