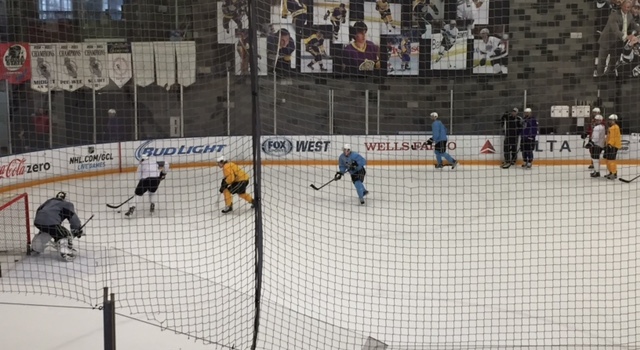 Good afternoon from El Segundo, Insiders. The Kings practiced at Toyota Sports Center at 11:00 a.m., and while it wasn’t the lengthiest practice, all active players were present and accounted for. Forwards were grouped together by color, and the were no changes to offensive lines:

-Before we go any farther, Insiders, here’s Steve Dangle’s take on last game:

Am I allowed to admit that I kind of agree with him, Insiders? I thought the Roman Polak board was definitely a penalty and at best a borderline major. It’s a pretty harsh verdict for Polak, who committed to the hit right as Tyler Toffoli turned and showed him only numbers. I spoke with multiple people last night – both reporters and those who work for the team – and there was no real consensus on what the call should have been. There was a slight advantage towards those who saw the hit as major penalty-worthy, but no consensus.

-I’ll have two more posts up this afternoon before I get to work on an LAK-dot-com feature that won’t go live for another two weeks. DEAL WITH IT. But there are some interesting Sutter observations to come, as well as a Milan Lucic take on a bout he had with Luke Schenn during their junior hockey days.

“I actually had a broken finger at the time, but it was my draft year, so I didn’t tell anyone,” Lucic recalled. 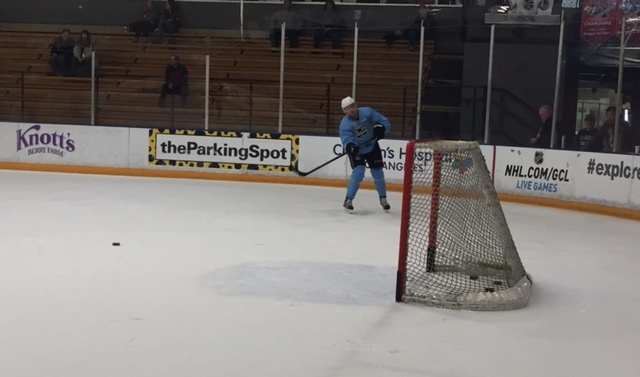