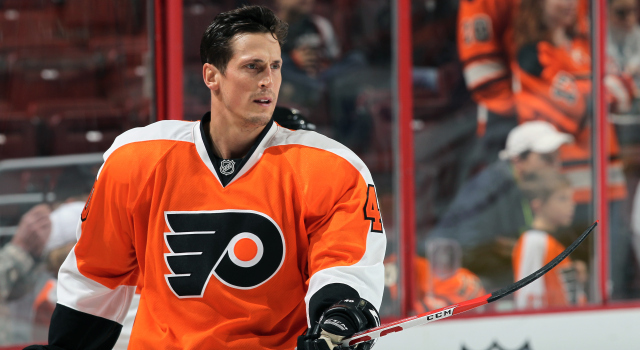 Heading into the season, several questions were asked of this Los Angeles Kings team that while talented and accomplished did not enter the season without its share of challenges. Those questions often focused on the inexperience and, perhaps, depth in its third and fourth line center positions and in its third defensive pairing. With Matt Greene lost for the season due to shoulder surgery, the resonance in the defensive questions increased.

While speaking with the media on Wednesday, Dean Lombardi discussed the impetus and timing of the trade. Why now? How does this affect the team’s balance and structure?

Dean Lombardi, on the timing of the trade:
We’ve got some kids who have done a good job. Shore and Andreoff have made great strides. I think this allows us to be a little more patient. The big difference is these guys have to come in and help us win. It’s not playing in a league, and these kids are held to a higher standard, but you’ve got to be able to put them in an environment that allows them to make their mistakes and maintain their confidence, and sometimes you’ve got to back off a little in terms of your expectations. So that’s kind of the thing you’re looking at. It gives you the flexibility to be a little more patient with Shore and Andreoff, because you weren’t sure. You have to remember what’s happened here. Regardless of the off-ice stuff, when we won before, we had Mike Richards and Jarret Stoll. Those are veteran players who knew how to win. Well that’s a very different look in terms of breaking these kids in now Carter and Kopitar. So this allows you to get a proven guy who can do this job, as well as be patient with those kids and allow them to mature at their own pace and not force them because you’re under the gun here that you’re expected to win every night. When you’re planning your team in the summer, these aren’t knee-jerk things. You look at your team and say, ‘You’ve got a hole here, you’ve got a hole here, potentially.’ Some get filled and some don’t, and some guys don’t meet their expectations.

So when you’re talking in the summer – Hex and I had been talking about something like this right from October. It just kind of expanded out and it takes time, and that’s the other thing I wanted to do. I didn’t want to wait on this. The thing about this is, the price is certainly reasonable, I’m not locked into next year, but I think it’s important that we pulled this as soon as possible to get them into the fabric of the team. I didn’t want to wait. This is something, we looked at these as potential holes or potential areas to get better. But it’s important, particularly the way this team is — it’s a very tight team — and it allows them to get in here and have a longer feeling out process and get comfortable, and then if it doesn’t work, you’re still in position, in March when the deadline is, to maybe make an adjustment. So part of this even going forward, when I was talking to Philly I said, ‘If we’re going to do something like this, and if I’m going to take Vinny, I’ve got to have him now, because there is going to be a break-in period for him as well as Luke.’ Luke is going to have a different role here. I thought the timing of this was fairly important to me, to try to get this done early versus let it drag on and drag on. So, like I said, hex and I have been at this for two or three weeks and he knows all my tactics, so it’s like negotiating with myself. It’s like looking at myself in the mirror. It’s why he beat me up.