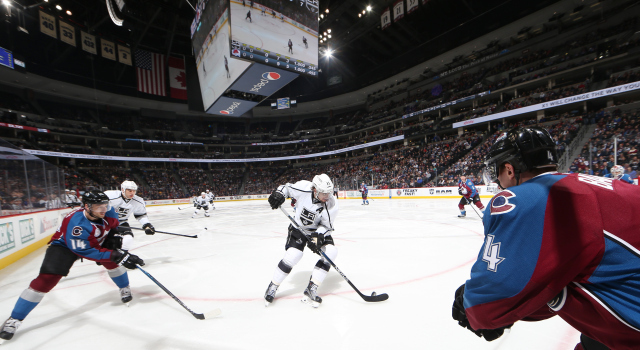 Tyler Toffoli, on the game:
It was no good. It was plain and simple. [Reporter: Just flat and stuff?] Yeah, that’s not the way, that’s not our game. We just didn’t play well. We didn’t come prepared and it showed.

Toffoli, on whether the timing of Colorado’s goal took away their momentum:
Yeah, I mean they scored at the right time and we just didn’t score on our opportunities. We didn’t play our game, like I said, and that’s what happens.

Toffoli, on what challenges they face when they struggle to maintain puck possession:
We just have to be more prepared, be ready to go from the start of the drop and tonight it showed that we just weren’t ready and we’ve got to really focus and comeback and work and get back into game shape there and win some more games.

Toffoli, on whether they were “chasing” the game:
Yeah, we were chasing the puck. We weren’t getting pucks deep. We were turning pucks over and that leads to – especially with a team like that with a lot of skill – they’re going to score goals on those chances.

Anze Kopitar, on taking a puck to the face:
I was in the middle of the ice and the guy I think wanted to flip it and didn’t catch all of it. I saw the puck. I was going to grab it and it probably went right through my [hand] and hit me in the face. So it’s kind of my fault that I got hit in the face. [Reporter: Well it’s a fluky thing, too.] Yeah.

Kopitar, on the treatment he received on the bench:
They were just trying to stop the leak. That’s all. And then after the period, I got a couple of zips. That’s what it was.

Kopitar, on whether the game was not a typical game for them:
Yeah, we just plain and simple didn’t play good, didn’t compete hard enough, didn’t make enough plays. You name it. [We] hung our goalie to dry way too many times. He kept us in it. Obviously it was… three power play goals against. It’s not how we win games. Rightfully so, they won tonight.

Kopitar, on whether playing six games in 10 days left them tired heading into the game:
It doesn’t matter if it does or not. We know we’re going home with a few days off – not days off but non-game days – and we know we’ve got to throw it all out there and just make sure that we play the right way. We didn’t do it tonight.