How playing tenure affects a team constantly in transit 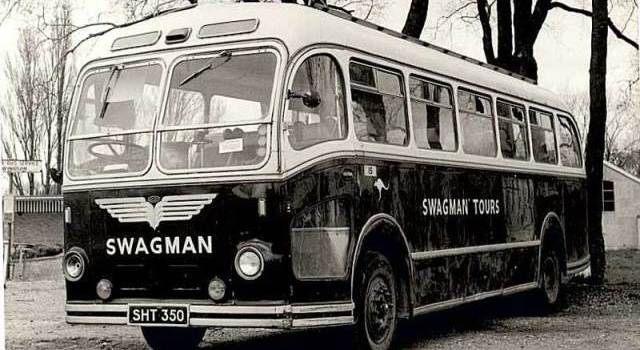 Among those with the coveted seats towards the back of the bus while in transit to and from airports, hotels and arenas is Christian Ehrhoff, a veteran whose 772 NHL games ranks third amongst the Kings to Marian Gaborik’s 917 and Dustin Brown’s 840. Ehrhoff, who has now played 31 games of his 12-year NHL tenure in Los Angeles, easily saddled into a seat that had been vacated by one of the tenured veterans who left the team the previous season.

“You just go in the back and there are some of the guys, and they’ll tell you right away,” he said of his first trip with the team. “‘Just go there.’ It’s not a big deal – guys figure it out pretty easily. It’s not like you have to fight somebody to it.”

As one would expect, there are no real set-in-stone seating arrangements while the team travels, just an unwritten rule that those who have amassed the most games get the choicest seats in the back of the bus, where the veterans generally sit.

“I can’t speak to it, but like any corporate environment, it’s probably similar where seniority, you think about schools and teachers having tenure,” Alec Martinez said. “Obviously, it’s not as strict as that, but the older guys tend to sit in the back of the bus. In terms of games played, those are the guys who get certain parking spots at the practice rink. I don’t think it’s all too unlike the rest of society.”

As both Ehrhoff and Martinez alluded, players gradually move from the front of the bus towards the back as they accrue time in the National Hockey League. Because of the departed players who had reached or were approaching the 1,000-game milestons – Robyn Regehr, Mike Richards and Jarret Stoll – there was real estate that became filled by players like Ehrhoff, Gaborik and Milan Lucic, never mind the total games they had logged in Los Angeles.

“I think there’s a mutual kind of respect that if an older guy comes to a team, the younger guys kind of know,” Gaborik said. “It’s kind of, I would say, a given.”

Said Ehrhoff: “You come in and you certainly ask where there’s an open seat. I think it was pretty smooth because a couple guys that were in the back left, so there was some room and there wasn’t much shuffling that had to be done. Usually that’s what happens – guys are aware of how many games somebody has played, and that’s, I guess, the respect you get.”

On the team charters, the hierarchy is less pronounced. There are tables in the middle of the plane that spawn the competitive card games in which all players are welcome.

“It’s not necessarily ‘old guys’ [playing cards], it’s usually a pretty mixed bag,” said Martinez, who said he generally prefers watching movies and TV shows or reading books while in flight. “Whoever wants to play cards can play cards. It doesn’t matter if they have 10 games in the league or a thousand.”

Darryl Sutter was familiar with the card game from his days as a player, even if the penny and nickel games grew to dollars and fives, and eventually up to larger bills as league salaries grew.

It’s all part of the camaraderie developed while playing for a team that spends more miles than most in transit – 43,750 miles traveled, by On The Forecheck’s unofficial count – and in which seniority is deeply respected.

“It seems to happen that way over the years, like year after year, you move further back on the bus, and now I’m at that age with the games played that I’m almost all the way in the back,” Ehrhoff said. “It just happened that way, and everybody is aware of that. The guys coming from junior or college, they know how it works too, and if they don’t, then the older guys will point a finger for them.”

“For instance, when you get to the hotel, the elevator, usually the older guys are allowed to go on first, and I remember in the past a young guy wasn’t aware of that, and guys made him aware pretty quick, and then you move on. That’s just the way it works in sports or in hockey.”

Marian Gaborik, on where he sits on the plane and the bus:
Usually on the plane, I play cards. Sometimes I go back and take a nap. I sit with Looch, or when we play cards, I sit at the table. In terms of the bus, I like three seats from the back, so I’m not all the way back there.