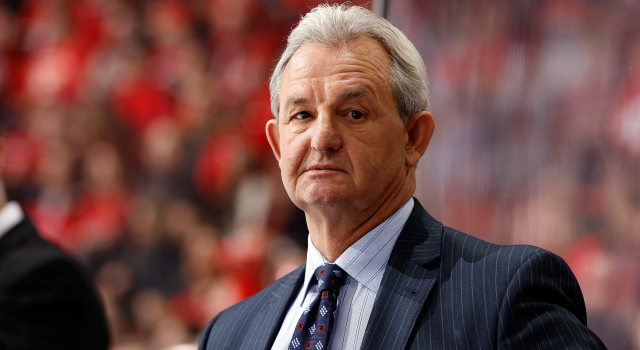 On Thursday’s win and the 4-0-0 road trip:
I think we got stronger as it went along, the trip and the games. I think that tonight scoring the first goal was important. Tough building, and then I think early in the second obviously the two quick goals really helped.

On what the team did on the trip to find offense in Jeff Carter’s absence:
Well, we’ve played with injuries all year, so it’s nothing particular that we did anything tonight. I don’t look at it as ‘the trip.’

On Christian Ehrhoff replacing Jamie McBain in the lineup:
Just trying to get more out of the third pair, more minutes. We haven’t been getting many minutes out of the [third pair]. Christian can play both sides, and we packed too much into Drew on this trip again. Christian’s able to play both sides, and quite honest, all three of those guys, one or two of ‘em have to declare that they’re going to be in every game, not every other game. Until they do that, then we’ll do it.

On whether the plan was for Jonathan Quick to start all four games of the trip:
Hey, he can play every game for the rest of the year. Got to win games. I’m not playing favorites. The other goalie hasn’t had much luck lately, has he?

On any meaning of returning to the site where the team was officially eliminated:
No. I’ve never even looked at it like that. This had nothing to do with where we were last year. I would say it was more in overtimes. I think I’ve talked about that enough. [Reporter: Oh, you have, the shootouts and all that.] I mean, we’ve already done more in overtimes this year than we did all of last year. [Reporter: I think you’re one or two games away from equaling the road record, road wins.] Actually, our record was not much different last year, other than overtimes. Probably very little difference at all.