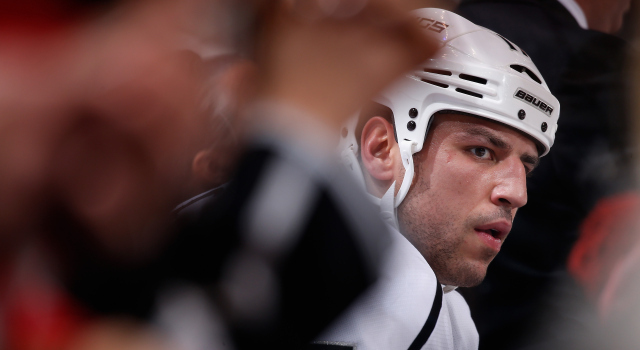 There are two British Columbia-born players on this Los Angeles Kings team, and both will be wearing silver and black in their home province for the first time.

There’s Vancouver native Milan Lucic, who lifted the Stanley Cup in Rogers Arena, and then there’s North Vancouver native Jordan Weal, who would be set to appear in his 10th career NHL game should he get the nod tonight. (Jeff Carter’s day-to-day status complicates the lineup projection, but in speaking with Weal today, he made an impression that he’d be in the lineup.)

Weal took part in “friendly skates and practices” during his minor hockey days at Rogers Arena, but no official games. He estimates there will be a support section of roughly 30 friends and family members.

“I think there’s a box, and then my Mom and some of our neighbors, family and friends are going to be sitting somewhere,” he said. “My buddy’s got a group somewhere in the lower bowl there, so it should be a lot of fun.”

Both players met with the media earlier this morning, and Milan Lucic shared some sentiments with LA Kings Insider about his summer interview with TSN’s radio affiliate in Vancouver.

Milan Lucic, on whether he feels his comments made on the radio regarding theoretically playing for Vancouver were misconstrued:
Yeah, it definitely was. I mean, what I said was any hockey player, their dream is to play in their hometown. That doesn’t mean that I want to make it a reality, it just means that it was your dream as a child. I definitely think people try to make it more than it was, and like I said, my focus is on being the best player that I can be for the LA Kings and to hopefully remain an LA King, that’s been my mindset ever since I got traded, so you know, comments were comments. Like I said, you ask any Toronto kid, their dream is to play for the Maple Leafs, just like any Vancouver kid, their dream is to play for the Canucks. It definitely was a dream of mine as a child, it doesn’t necessarily mean that it’s going to be a reality.

Lucic, on whether it’s frustrating as a professional athlete to have comments exposed:
No, no. I’ve learned to take everything with a grain of salt, so at the end of the day, it’s a part of the game, the whole media part of it, I try to have fun with it, it’s not a frustrating thing for me.

Lucic, on what he likes most about the Kings’ game right now:
I think one thing we look at, and why we’ve been so successful this season, is no matter what the score is or what the situation is we play the same way for the whole 60 minutes, and that’s something we talk about a lot. … Like I said, playing the same way for 60 minutes and sticking to the system and playing together as a five-man unit. That’s given us success so far throughout the season, and if we want to have success tonight we need to play that way.

Lucic, on the Kings’ style of play:
Like I said, just the resiliency to play the same way for 60 minutes, the ability to play all four lines and all six D, having everyone contribute, and obviously having Quick between the pipes is something that you have to make the most of, and he’s definitely in the prime of his career, he’s a big-game player and he knows how to make those big saves and gives us a chance to win every night. And also, the experience and the belief to win is definitely there, and the want to win is definitely there, and I think that’s important to have to be a good team, and I think believing in yourself and your teammates is another thing, and that’s definitely something that I feel like we have here in this locker room.

Lucic, on what he expects from the Canucks tonight:
Goals haven’t come easy for us against the Canucks. We haven’t scored a five-on-five goal against them so far this year. They’re a team that moves the puck well and skates well, and obviously with the Sedins, you know, they can put the puck in the back of the net, so we have to make sure that we’re doing a good job checking, and that will give us some offensive chances.

Lucic, on whether he feels like he’s found regularity with a new team and surroundings:
Yeah, I think so. Obviously when you come to a new team, a new coach, a new atmosphere, new teammates and all that type of stuff, it’s a bit of an adjustment and it takes time. Obviously you would love for it to start off with a bang and everything just flowing in the right direction, but there is that adjustment period, so obviously at the start you have to do what you can to fit in and adjust as quick as you could. It definitely took a little time but I’m definitely starting to feel natural now. 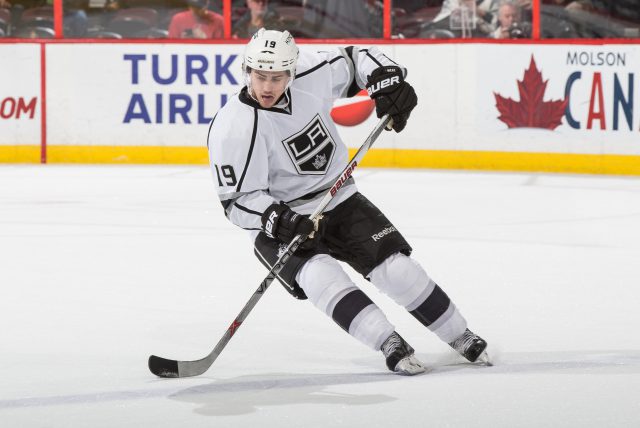 Jordan Weal, on potentially playing in his hometown:
It’s going to be pretty cool. I spent a lot of time in this rink watching the Canucks over the years. It’s going to be cool to get out there and play them, but you’ve got to put that stuff aside sometimes, it’s a big two points for us. We’ve got to come out, we haven’t been playing the best hockey we’ve played all year in the last five games, so we’ve got a big challenge ahead of us. They’re a hardworking team, so we’ve got to bring it.

Weal, on his early rooting allegiances:
My favorite player was Joe Sakic, so I was a bit more of an Avs fan, but we’d come to a couple of games every year seeing Naslund and Bertuzzi and Brendan Morrison there. They were always the top line and playing really well, so it’s going to be pretty cool to play in the same rink that they were doing all of that in when I was growing up.

Weal, on the team potentially having to fill a void left by Jeff Carter:
We have to be a four-line, six D team, and I think that’s one of our strengths. We’re relentless with our pressure and our puck possession throughout our whole lineup, we’ve got guys that can step up and play different roles, we just have to work hard and stick to our systems and we’ll be all right.

Weal, on what he remembers about the first game he ever watched at Rogers Arena:
Oh man, Jeez, there’s vague memories of cheering after goals and stuff, but I don’t know. I think the last thing I remember would’ve been when I was 12, and I came to the World Junior Championships here when they were in Vancouver. We were sitting right behind one of the goals, my Mom and one of my buddies from school. We got to skip out on the afternoon and come watch the gold medal game against Russia and that was pretty awesome, I remember that.