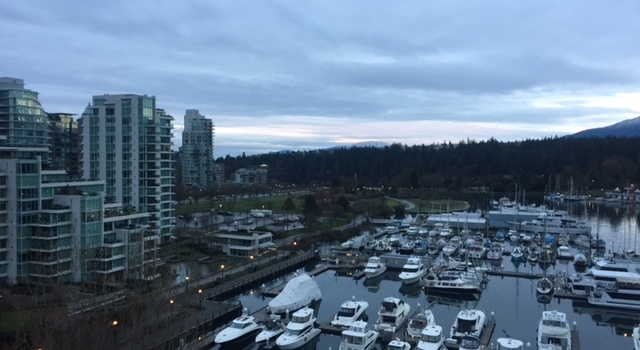 Since descending from an overcast sky on our approach into YVR yesterday afternoon, we’ve experienced about as typical of a December 27-28 as one would expect in Vancouver, which is a stunningly beautiful world-class city but also very grey, damp and chilly. There is snow atop what I believe are Grouse Mountain and Mount Seymour, which would’ve been captured perfectly from this hotel had I been assigned a corner room or had one of those craned selfie sticks that everyone despises. Instead, the photo above is a sliver of Coal Harbour (not Cole Harbour) and Stanley Park, and the photo below features downtown Vancouver’s most recognizable distinction: The glass-and-steel condominium.

Have any of you attended a Canucks game in Vancouver? A Kings game, perhaps? These fans are very friendly fans, and while eyes should be rolled at any declarations of “TEAM X’s fans are so much classier than TEAM Y’s fans,” I noticed the treatment of visiting fans when I drove up from Seattle for Game 1 in 2010 was far superior to many other stadiums or arenas I’ve attended as a visiting fan. Where have been your best and worst fan experiences as a visitor? This is a long shot, but have you ever attended USA-Mexico at the Azteca? I’m not really a Bill Simmons disciple, but this column about his quick trip to Mexico City for the 2009 World Cup qualifier is among my favorite stories anywhere about a game day fan experience. I’m also kind of surprised that ESPN hasn’t completely salted the earth from where he once stood, and that his digital footprint is still somewhat intact.

Here’s yesterday’s landing, which features a friendly ANA 787 kindly waiting for us to land.

The Kings take the ice at 11:30 a.m. this morning, and I’ll have more to share from Rogers Arena. One quick note – Patrick O’Neal returned to Los Angeles (Patrick is fine! This was planned!) and I’ll host the remaining three broadcasts of this trip. Because I’ll have more pre-game prep work, I might post one fewer story in the afternoon on these game days, and you may read an evergreen story or two that I’ve been hanging on to. (Evergreen = a story that isn’t likely to go out of date in the near future.) 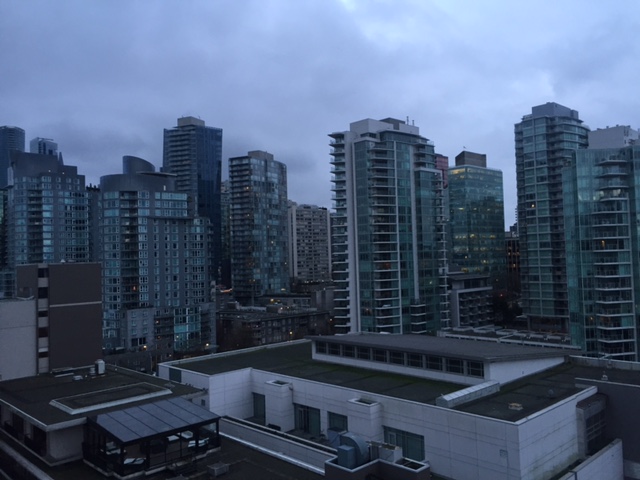