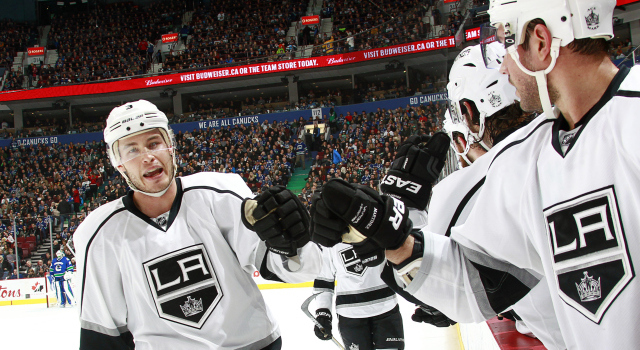 On what stood out in the 5-0 win:
I think our top guys were outstanding – Kopitar and Doughty, obviously Ty with the hat trick, and Jonathan.

On whether Brayden McNabb’s hit set an early tone:
Well, we know how we have to play early in the game. You don’t always get the opportunity to have that early in the first shift, do you? I thought our defense was really solid and finished checks, moved pucks.

On Jonathan Quick:
He’s a great leader for our team. Not much different tonight than any other night.