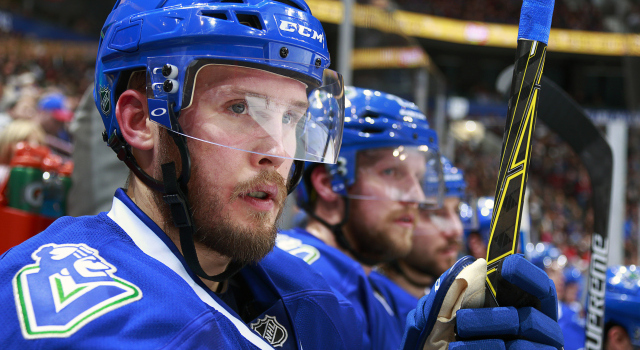 Defenseman Alex Biega, a Harvard-educated NHL defenseman, has seen his usage rise as the Canucks have weathered injuries to Luca Sbisa, Dan Hamhuis and Chris Tanev. Biega joined LA Kings Insider this morning to discuss his impressions of the Kings from earlier this season and the similarities between the parent club and their AHL affiliate, whom he faced last spring in the Manchester-Utica Calder Cup. Biega, who has recorded two assists and a plus-four rating while averaging 17:47 of ice time with Vancouver this season, also spoke about the work-studies balance that accompanies the life of an Ivy League student-athlete.