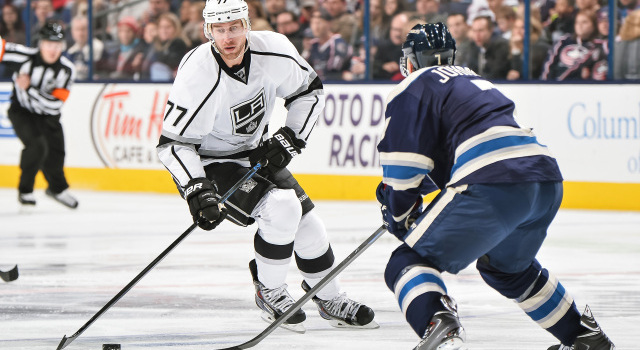 Carter, who appeared to suffer the injury during the opening faceoff of Saturday’s 4-3 win over the Arizona Coyotes and was credited with only two shifts, returned to Southern California to have the injury looked at. There is hope that Carter could return to the club during its four-game road trip, which continues with stops in Vancouver on Monday, Edmonton on Tuesday and Calgary next Thursday.

“Day-to-day” isn’t necessarily the most concrete term, but it is markedly better than a “week-to-week” designation and signifies that the injury is not something that is expected to sideline Carter long-term.