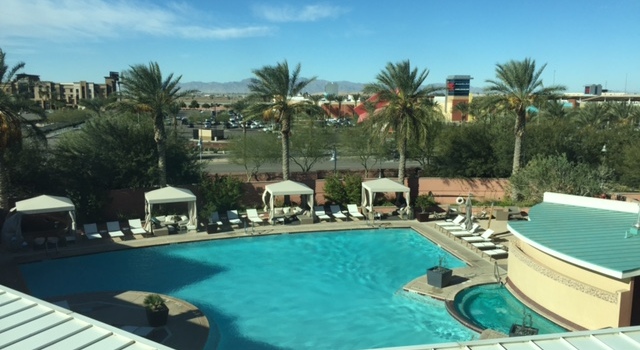 Good morning, Glendale, and a very happy morning to you, Insiders.

I’ll keep this short and bullet pointed because we just checked into the hotel after an early flight over from LAX. The morning skate is scheduled to start in less than half an hour, and Darryl often gets his guys out there before 11:30. First, we are in Arizona. It is chilly here as well. Second, there are no Munters units visible from this room. That is a shame, because this hotel in Glendale is renowned the world over for its picturesque Munters units. Good news: We visit here two more times in the next six weeks. Third, Michael Mersch, who was assigned to AHL-Ontario over the break as part of a salary cap-related transaction, is expected to be recalled again later today and will be eligible to play tonight against the Coyotes. Fourth, I didn’t videotape the landing, as I opted for an extra hour of shuteye and was awoken by the tires hitting the runway. Fifth, I hope you had a wonderful Christmas with family, friends and loved ones. Merry Christmas, crew. Sixth, [howling]. There’s plenty of news to come through this four-game trip through the Pacific. Enjoy your Saturday, Insiders.