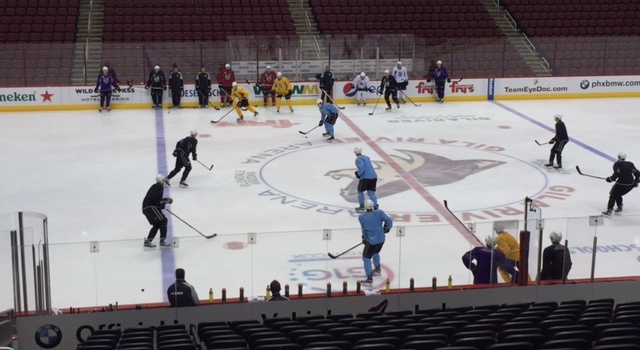 Though color-coded jerseys aren’t often used for morning skates, the Kings broke them out for their first on-ice session since Tuesday night’s loss to San Jose. They aligned as such:

-Defensive pairs (McNabb-Doughty, Muzzin-Martinez, Ehrhoff-McBain) remained the same and Jonathan Quick was the first goaltender to leave the ice, so expect the lines and pairings used Tuesday to carry over into tonight’s game.

-Michael Mersch’s recall has been made official, as had been projected in Good Morning, Glendale. This was a salary cap-tied move; I’ll have further details in a story to come as well as a story on the Kings’ outlook out of the Christmas break.

-Via Sarah McLellan of the Arizona Republic, Louis Domingue is expected to start in net for the Coyotes, Martin Hanzal is unlikely to play, Zbynek Michalek may be a game-time decision and Nicklas Grossman should be good to go. 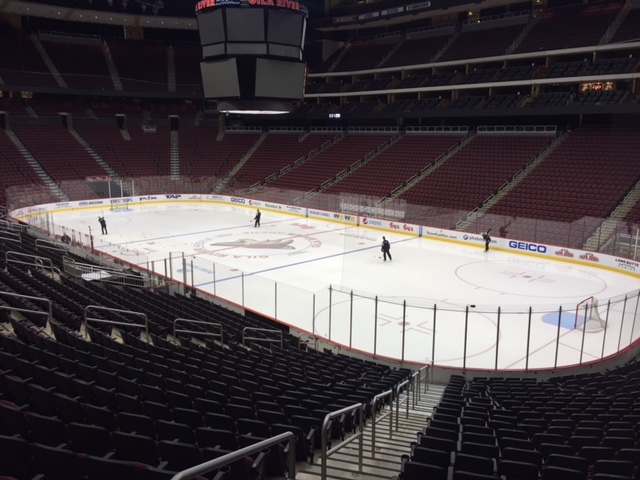