Mersch assigned to Ontario; Clifford “not any closer” 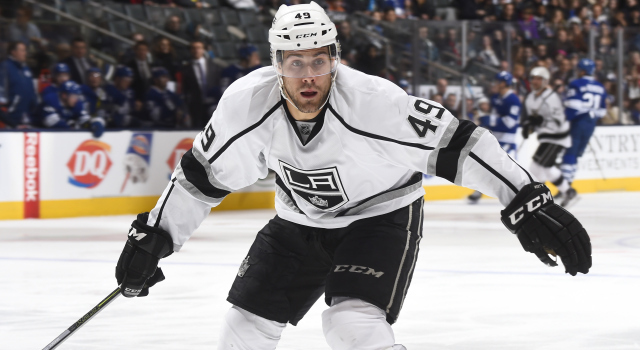 The Kings announced Wednesday afternoon that forward Michael Mersch has been assigned to AHL-Ontario. Having made his NHL debut in a 3-2 shootout win at Pittsburgh on December 11, Mersch was a “teen-minute” player three times in his six games but saw his ice time reduced to six minutes, 28 seconds in Tuesday’s loss to San Jose. He was held scoreless over seven shots and logged a minus-two rating and wasn’t among those effective in establishing a high degree of offensive zone time during his first NHL stint, though he did provide an important screen on Drew Doughty’s game-winning goal in Montreal.

In 19 games with the Reign, Mersch totaled 12 goals and 15 points and has established himself as an effective net-front presence who capitalizes on deflections and second and third opportunities. Ontario visits San Diego on Saturday before traveling to Stockton on Tuesday, December 29 and hosting Calgary’s top affiliate to conclude the home-and-home set at Citizen’s Business Bank Arena on New Year’s Eve.

With the move, Los Angeles’ roster stands at 21 players – 12 forwards, 7 defensemen and two goaltenders. Dwight King (broken foot) has resumed practicing with the team, but on Tuesday was yet to be cleared to play in games, and Darryl Sutter effectively said that he wouldn’t be available on the upcoming road trip through Arizona, Vancouver, Edmonton and Calgary. Kyle Clifford (head) has not returned to practicing with the team since suffering an injury when he was elbowed in the face by Tampa Bay’s Victor Hedman on December 6, and I’ve been told by hockey operations that he’s “not any closer” to resuming skating.