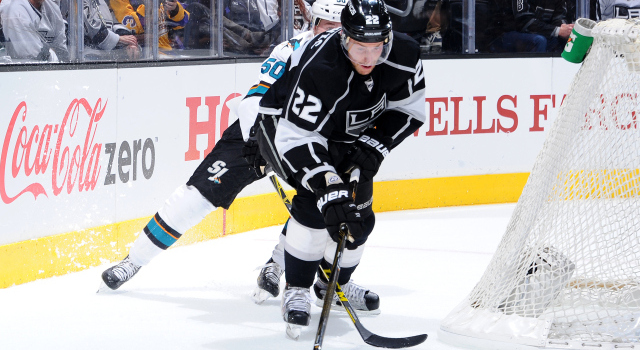 Trevor Lewis, on whether he is frustrated by the loss:
Yeah, it’s tough especially going into a three-day break. You’ve got to think about it for a few days here. But I thought we started well, and then obviously kind of sat back a little bit and let them take it to us. They’ve got a good power play and they scored a couple power play goals in the third there.

Lewis, on the third period:
I think we were kind of on our heels a little bit instead of being on our toes and took some penalties there, and obviously they got some power play goals. They’ve got a great power play and they always have. So we kind of shot ourselves in the foot there.

Tyler Toffoli, on surrendering five goals in back-to-back games:
The past couple games, we’ve given up a lot of goals and that’s not our type of hockey. We kind of shut things down and we’ve got to find a way to get back to that and refocus here and then come back ready to go on the 26th.

Toffoli, on scoring two goals in the game:
It’s just a couple goals. It doesn’t really mean a whole lot when we lose a game the way we lost a game like that.

Toffoli, on whether it’s important to regroup before going on the road:
Yeah, we’ve got to be ready to go. We’ve got to refocus here, like I said, and come back fresh and ready to go for our road trip.

Toffoli, on what makes San Jose’s power play effective:
They shoot the puck, they get to the net and they have guys who get sticks on pucks. And it’s obviously tough for a goalie to make those saves when it’s going off of two different guys and into the net.