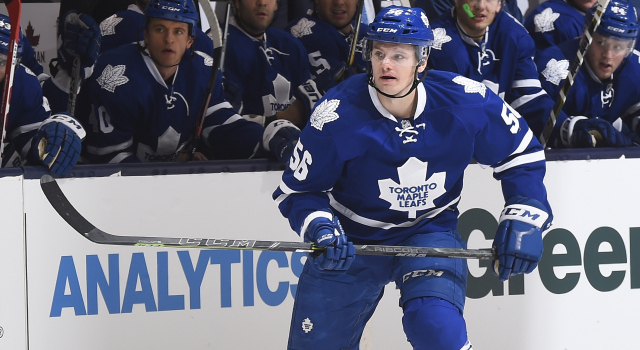 Byron Froese, who was an instrumental part of our community outreach while we were with the Everett Silvertips, has been a very positive story after having advanced from the East Coast Hockey League to the American Hockey League and finally making his National Hockey League debut earlier this season with the Toronto Maple Leafs. Froese joined LA Kings Insider this morning to discuss his path to the NHL, the Maple Leafs’ work ethic under Mike Babcock, and his time playing on a line with Ryan Nugent-Hopkins with the Red Deer Rebels after having been traded for Landon Ferraro in his 19-year-old season.