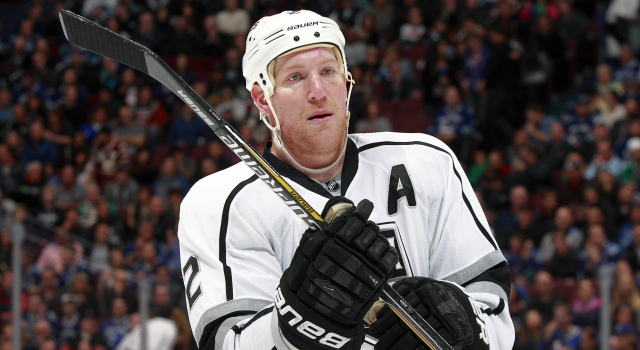 As expected, the Los Angeles Kings placed Matt Greene on long-term injured reserve and assigned defensemen Jeff Schultz and Nick Ebert back to AHL-Ontario. By placing Greene on LTIR, the Kings created additional cap space should they make decide to make any additional transactions in the future. Because Schultz had already cleared waivers earlier in the season and did not remain with Los Angeles for at least 10 games or 30 days, he did not have to clear waivers when he was assigned back to the Reign. Ebert is on his entry-level contract and was waiver exempt.

Neither Schultz nor Ebert joined the team in Mont Tremblant, and their call-ups and assignments appear to be linked to the maximization of LTIR. Keep in mind that when a player is placed on LTIR, their cap hit doesn’t simply come off the team’s books. Instead, the team is allowed to spend over the salary cap ceiling by the amount of the the player’s cap hit subtracted by the amount of cap space available. Schultz and Ebert’s recalls brought the team very close to the cap so that the team would be able to utilize nearly all of Greene’s $2.5-million cap hit.

Though a team public relations representative had told me yesterday that both Schultz and Ebert were scheduled to travel to join the Kings today, both players practiced with the Reign this morning, and Ontario Reign Insider Lindsay Czarnecki spoke with Schultz. “The call-up was yesterday and then there’s no flights available to leave and then I guess they were just able to put me back to Ontario this morning,” he said. “It was kind of a last minute thing and they just said to kind of wait and see what happens and I guess they didn’t need me. So I was able to practice today, which was nice after a day off yesterday.” Notes on Ontario’s practice, including Head Coach Mike Stothers’ weigh-ins on the transaction, are available here, courtesy of Czarnecki. Apparently Stothers was at Disneyland yesterday.

For what it’s worth, in earlier LAKI projections, I had the Kings’ total combined cap hits at roughly $69.34; given that the combined cap hits of Michael Mersch ($787K), Ebert ($692K) and Schultz ($850K) would have brought the club to roughly $71.67M – above the $71.4M salary cap ceiling – it’s likely that my projections were slightly off, which could be due to rounding up or down on the average annual values of player contracts. For what it’s worth, the only people who know the exact amount of the team’s cap space work in the club’s hockey operations; it’s mostly inconsequential, anyway, because we’re only talking about roughly $300K of cap space. I’ll also edit this article and note a correction if General Fanager or one of the other excellent salary cap sites offers a clearer view of the team’s salary structure.

Greene, 32, underwent shoulder surgery on December 3 and is out long-term. In 589 career regular season games, the right-handed defenseman has 16 goals, 78 points and 644 penalty minutes. He is signed through the 2017-18 season with a cap hit of $2.5M.