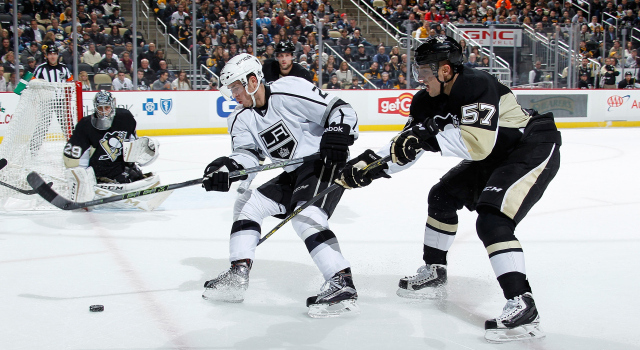 On the shootout win over Pittsburgh:
I thought we got the lead and didn’t have to chase the game. it’s one-nothing after we scored the first goal, and they took it to us in the second. I think we had opportunities to go up by two. I think both goalies were the reason that it was two-two going into the shootout.

On Michael Mersch:
I thought he was solid.

On Pittsburgh trying to avoid the same start as in Los Angeles:
Well, it’s not very often you’re down three goals, are you? [Reporter: But just being able to get that first period goal, like you said, get on top early, how big was that?] As I said, the first goal is quite important, for the most part in this league, scoring the first goal, especially on the road.

On whether all four lines were performing well:
Yeah, I thought we were solid. We needed four lines. You’re playing back to back and on a long trip, you need everybody. If somebody doesn’t have a good night, then it’s not a good thing to shorten your bench.

On whether Anze Kopitar had a “complete” game:
Yeah, had to take a lot of faceoffs. If there’s one thing we didn’t do very well, other than Kopi and Shoresy a little bit, we were not very good on faceoffs.