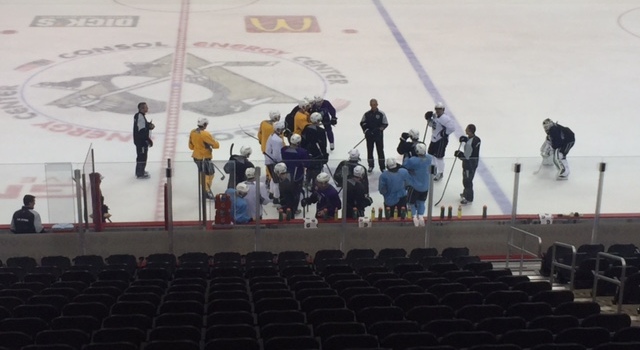 Good afternoon from Consol Energy Center, where the Kings took the ice for an 11:00 practice and were off at roughly 11:45. Lines from the skate, via color coding:

-Defensive pairs didn’t change: McNabb-Doughty, Muzzin-Martinez and Ehrhoff-McBain were the top three pairs, with Derek Forbort skating as an extra.

-The Kings will have another tough test against Pittsburgh tomorrow in the second match-up between the teams in one week. “Obviously there are guys with a lot of high end talent all the way through their lineup, so they’re really a good rush team,” Brayden McNabb said. “As defensemen, our gaps have got to be really good, and we’ve got to be able to defend the rush. If we can shut down, that’s the majority of their offensive game. That’s a big key. We worked on it in practice today, and it’s something we’ve got to be good for tomorrow.”

-After a quick lunch, I’ll post some Darryl Sutter quotes, followed by stories on Michael Mersch and Christian Ehrhoff. Said Mersch: “I’ve scored a couple shooting goals, but not a lot of shooting goals. They’re usually all around the net. The way I put it, the closer you are, the harder it is to miss.” Mike O’Connell also weighed in on Mersch’s ascension while skating under Mike Stothers, Chris Hajt and the team’s development staff. More to come on a pleasant fall day in Pittsburgh… 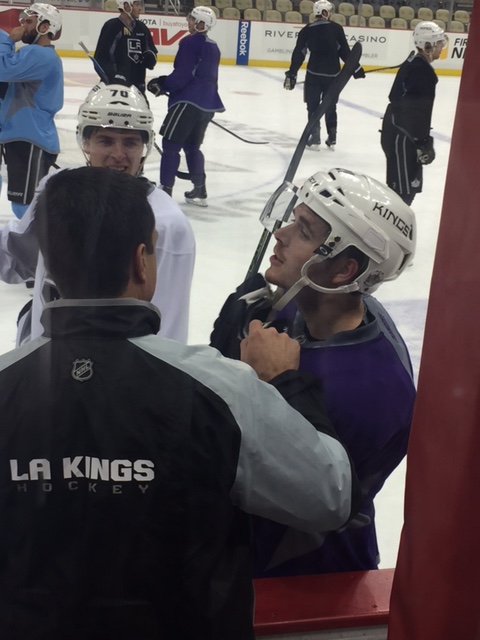