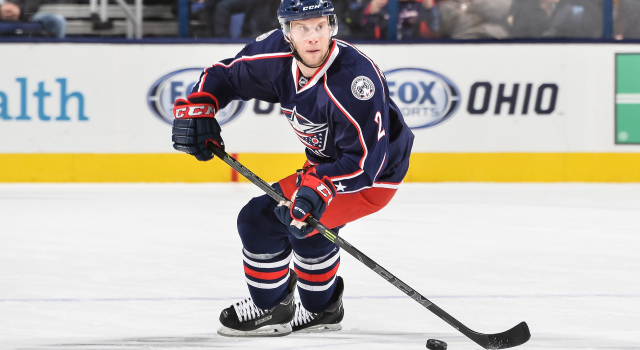 Though Andrew Bodnarchuk never played a game with the Kings – an ill-timed knee injury in training camp last season rendered him unavailable while Los Angeles dealt with ailments on the back end – the smooth-skating defenseman was a Manchester Monarchs team leader for three seasons and was a presence in the Kings’ dressing room in call-ups during that span. Bodnarchuk, who is expected to play his eighth consecutive game for John Tortorella since his November call-up, spoke about his own play within the Blue Jackets’ system and reflected back on his 2015 Calder Cup and the friends and former teammates he’ll face in tonight’s game.