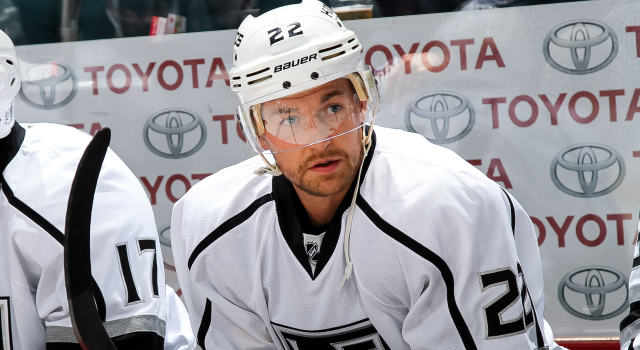 A quick note before tonight’s quotes, highlights and notes are posted:

After Darryl Sutter spoke at tonight’s post-game press conference, he told a group of Kings beat writers that Trevor Lewis will travel on the team’s upcoming trip to Columbus, Pittsburgh, Buffalo, Ottawa, Montreal and Toronto. Lewis had suffered an upper-body injury during Friday’s practice and did not take the ice for morning skates on Saturday or Sunday.

While there hasn’t been any official word from hockey operations on the exact nature of the injury, that Sutter said Lewis will travel is an indication that the injury is not expected to be long-term. In previous correspondence with club executives, no “immediate” roster moves were expected.