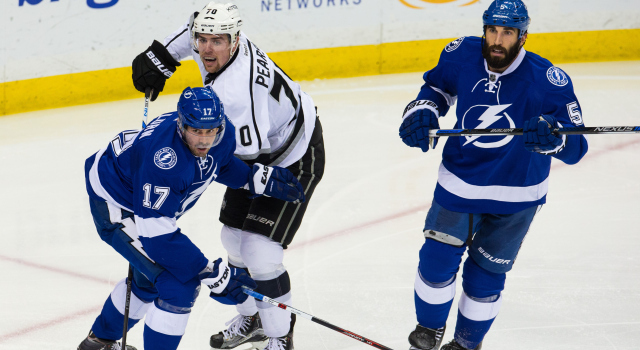 I spoke with Tanner Pearson after this morning’s skate to get a sense of the team’s rhythm during a back-to-back weekend set against a pair of Eastern Conference powers. Pearson shared some thoughts on the Lightning, who are likely to be without the services of Tyler Johnson and Craig Paquette tonight. Ondrej Palat is nearing a return but won’t play, per Joe Smith of the Tampa Bay Times.

Tanner Pearson, on how preparation is affected by home games on back-to-back days:
It obviously makes it easier. We just did it on the road. Where were we? Tampa-Florida? Or Carolina-Tampa, we did it? [Nick Shore: Carolina-Florida]. Whatever. I think it makes it a lot easier just because you can sleep in your own bend and you go home and relax and recover, and I think it also helps out that one’s an afternoon and one’s a night game, so instead og having a night game first and one in the afternoon, you get a longer period to recover and rejuvenate.

Pearson, on whether he always takes morning skates, regardless of the schedule:
No. I think I want to practice scoring goals. With having an afternoon game yesterday, if it was a night game, it could’ve been a different story for the option, but I don’t mind going on in the morning and getting the hands and the feel for it. It’s just kind of a personal preference.

Pearson, on what he saw from Tampa Bay a week and a half ago:
They proved themselves last year going to the Stanley Cup Final. It’s obviously a good team over there. They’ve got some big snipers and a good goalie, so I think we’ve just got to play the same way we did and try to win in regulation this time, though.

Pearson, on any recipes to slow down faster, skilled teams:
I think any team that’s that quick, you want to take their time and space away and eliminate the wide-to-wide plays and let them skate. I think you just want to shut it down, and I think the best way to do that is to play in their zone.

Pearson, on whether there are similarities between Tampa Bay and Pittsburgh:
It’s tough. Obviously the Penguins have those big guys up there that you’ve obviously got to pay attention to. Tampa, they work really well as a group and they know what each other is doing out there – one’s gone when one has the puck, so just kind of eliminate their chances.

Pearson, on the size on Tampa Bay’s defense:
Played them enough – especially Stralman, in the playoffs a couple years ago. They’re a good puck-moving D and a skating D. They like to be quick up, and they like to have the puck in the D’s hands, so you’ve got to be aware of them in your own zone – going over your shoulder and such – and make ‘em play in their zone. 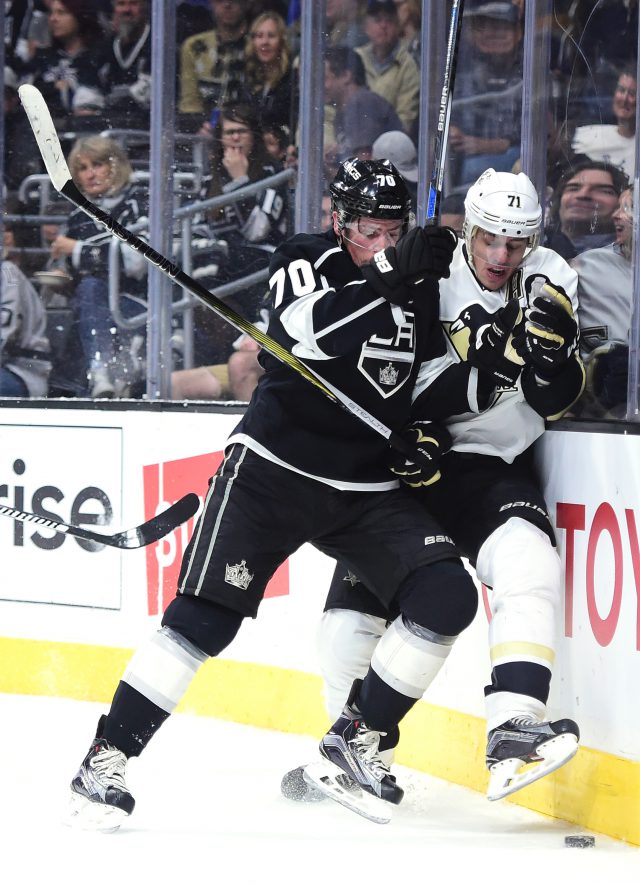