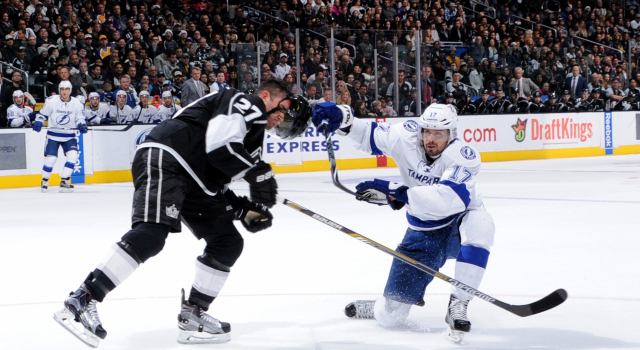 On the win over Tampa Bay:
I think we had to spend a lot of time killing penalties, and obviously our goaltender was awesome, and I think our penalty killing was outstanding, and I think the McNabb and Lucic goals were obviously at crucial times. Critical points of the game to be able to go up two.

On the team’s improvement since the last road trip:
Actually, we were better in the first game of the four-game home stand than we were in the third and fourth games of the home stand. [Reporter: But compared to the previous road trip, though, is there anything overall that the team is doing better?] Actually, we played pretty well on the road trip. Hopefully we can correct some of our mistakes from the last two games and have a good road trip now.

On Anze Kopitar’s milestone:
What was the milestone? [Reporter: 400 assists]. Well, he’s probably going to get 400 more and then you’re going to say it’s really [inaudible]. Remember I said that too, because it’ll happen.

On the team’s penalties:
The penalties? Those all should’ve been announced as slow-moving violations. Every one of ‘em.