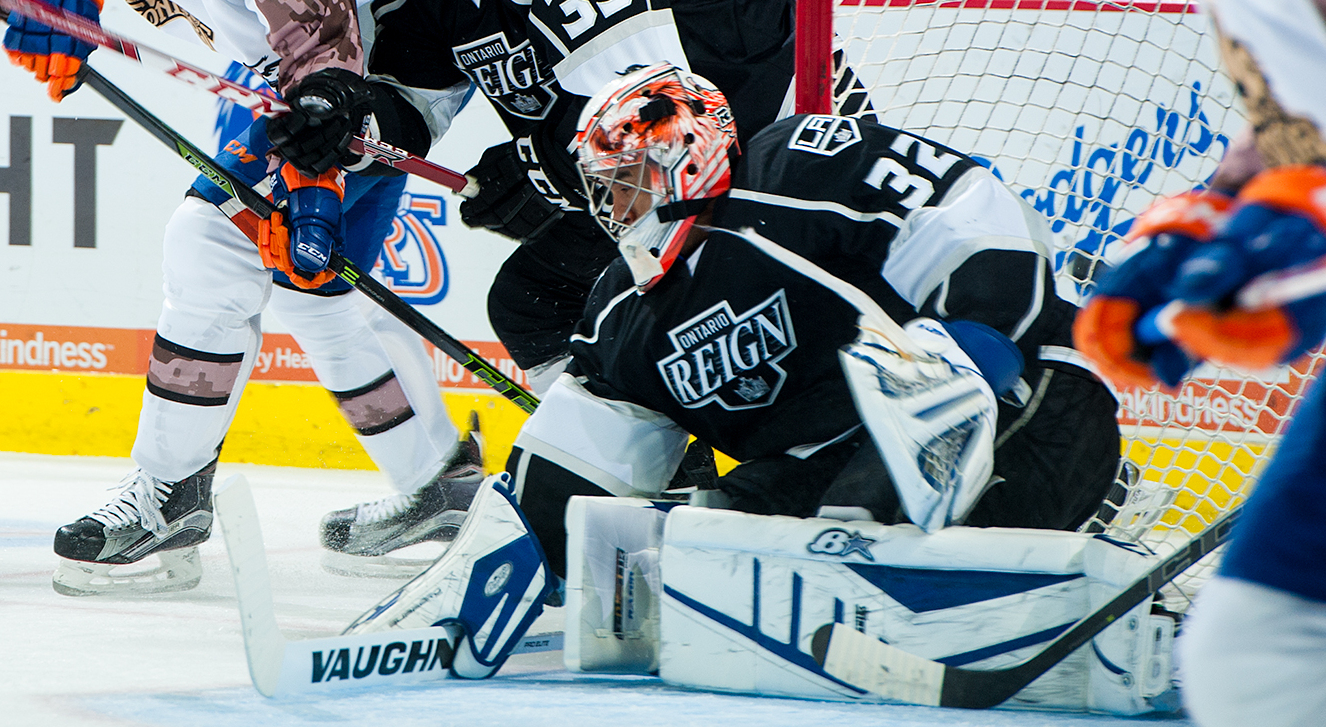 The Reign have released veteran goalie Ray Emery from his pro tryout contract.

As a result, the team announced on Friday that it has recalled goalie Michael Houser from the Manchester Monarchs (ECHL).

Emery, 33-year-old and seasoned NHL netminder, was seldom-used by Reign head coach Mike Stothers. Emery started just three games, going 1-1-1 with a .878 save percentage and 3.30 goals against average. Ontario has continually used Peter Budaj as their No. 1 goalie through the first 17 games of the season.

Houser has played in 11 games for Manchester, posting a 8-3 record to go with a .913 save percentage and 2.63 goals against average. The 6-foot-2 23-year-old out of Youngston, Ohio, also played in two preseason games for the Reign earlier this season.

Reign forward Joel Lowry was also sent down to Manchester. Lowry has no points in five games for the Reign, and recently worked his way back into the lineup after recovering from a back injury.

The Reign are on the road and will face the Charlotte Checkers on Saturday (4 p.m. PT) and Sunday (2 p.m. PT).