Lewis “being looked at” for UBI; no immediate moves 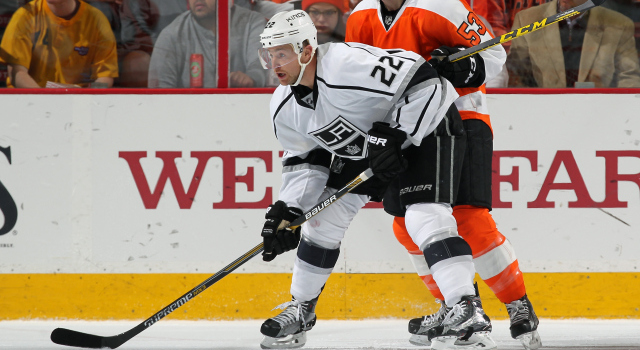 Trevor Lewis, who left practice early and was “dinged up,” per Darryl Sutter, is “being looked at now” for an upper-body injury, according to hockey operations. There is no hint towards the severity of the injury or whether Lewis will be available for Saturday afternoon’s game against the Pittsburgh Penguins.

Interestingly, the Kings have a back-to-back home set this weekend, with the Tampa Bay Lightning following the Penguins into town for a Sunday night game. With Lewis’ availability in question during a compressed schedule, there is the possibility that the Kings could choose to make a roster move. I’m told that at the moment, there are no “immediate” plans to make a call up, though of course there is always the potential for that to change. Complicating matters slightly is that the Ontario Reign traveled across the country this morning to play the Western Conference’s eastern-most team, the Charlotte Checkers, so if a roster move will have to be made, it will have to take into account time spent on a return trip across the continent.

Fortunately, barring any injuries between now and puck drop tomorrow afternoon, Los Angeles will simply be able to plug Jordan Weal into the lineup (or, less likely, play seven defensemen) if Lewis is unable to play. Should any additional move have to be made in advance of Sunday’s game, there would theoretically be enough time to get a player back to Southern California from Charlotte prior to a 7:00 p.m. puck drop against the Lightning.

There is still the inkling that the situation may be fluid, and that a roster move is being considered should the team receive undesirable news about Lewis.

Also, the Reign released Ray Emery from a PTO. Goaltender Michael Houser was called up from ECHL-Manchester, with forward Joel Lowry getting assigned to the Monarchs.