In My Own Words: Anze Kopitar (Video) 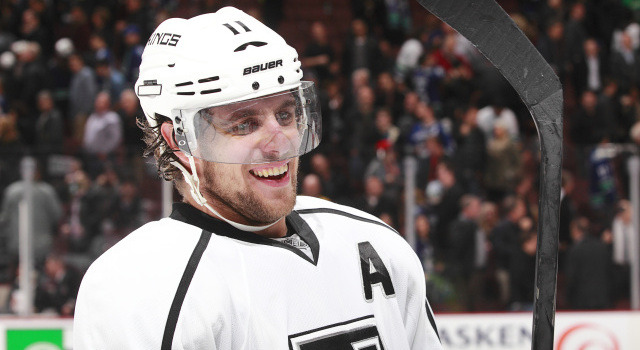 Anze Kopitar’s rise from Slovenia to Sodertalje and ultimately to Southern California was chronicled by Alex Curry and Jack Wilson as part of the In My Own Words series that recently aired on FOX Sports West. All stages of Kopitar’s life and professional career have been captured, including an interview I shot in Mora, Sweden during the 2012 work stoppage in which Anze played alongside his brother, Gasper. Enough of me – this is great work by Alex and Jack, and it’s here, with plenty of archival footage.

BONUS: Here’s a teaser for tonight’s Kings Weekly episode, which will air at 10:00 p.m. on FOX Sports West.

Hunting for the perfect gift for the @lakings fan in your life? Look no further, @foxsportswest has you covered. ONE person who #regrams this photo will WIN one limited edition #CoffeeWithBob Mug! PS. Don’t miss an all new episode of #KingsWeekly tonight at 10PM featuring Alec Martinez & much more!