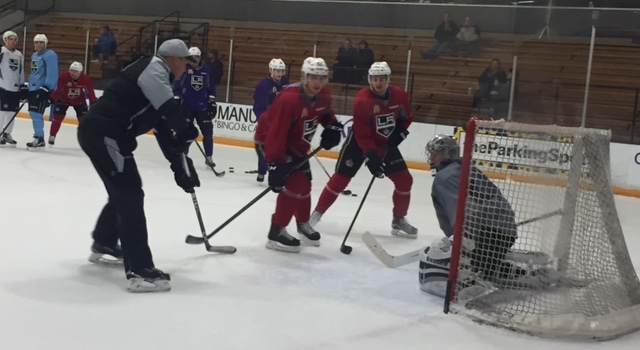 Good afternoon from El Segundo. The Kings took the ice prior to 10:00 a.m. this morning, and the forwards lined up thusly:

-There were no changes to the defensive pairings; Christian Ehrhoff and Derek Forbort rotated in and and out with Jamie McBain. All active players were accounted for, while Matt Greene did not skate.

-There were several interesting drills that the team took part in after the transition and flow drills concluded. There was a three-on-one drill that originated at the attacking blue line – not in transition – which was used to get players to bolster their goal scoring in practice, which hopefully carries over into games. “It’s designed because we’re past the 23-game mark and we have a number of guys who are stuck on zeroes and ones still,” Darryl Sutter said. There was also a compete element of the drill added when the three-on-ones ultimately evolved into three-on-three drills. Compete elements and some light hitting were also present in earlier rush-type drills. Story to come.

-If you haven’t yet seen In My Own Words: Anze Kopitar, the special will also air after Tuesday’s game. A tease:

-Speaking of tomorrow night’s game, Ryan Miller is projected to start tonight in Anaheim, so the probability that the Kings see Jacob Markstrom rises. It doesn’t matter who the Kings face tomorrow; they’re only 3-4-0 versus the Pacific Division and will be well-served by improving their divisional record in a year in which no team is running away with the dirty banner. That story, as well as Darryl Sutter quotes, will follow shortly. We’re also scheduled to tape a SolarCity week in review that’s likely to go up on Tuesday. There’s plenty to come, Insiders… 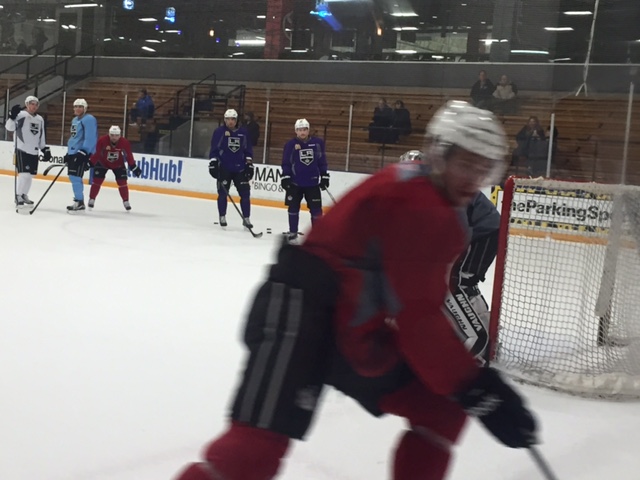