Waking up with the Kings: November 29 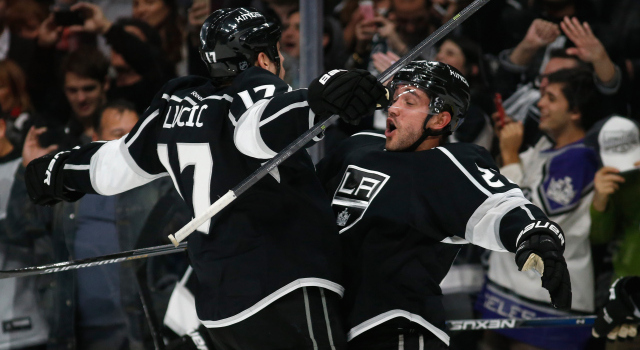 Before the events of last night’s game are put in a few tidy paragraphs and reflected upon, can we please just acknowledge that at the start over overtime Saturday night, Drew Doughty, Anze Kopitar and Jeff Carter lined up against Duncan Keith, Jonathan Toews and Patrick Kane? NBA Jam has come to be. And let us also acknowledge how that differs from Wednesday night’s overtime match-up against Steven Stamkos, Tyler Johnson and Victor Hedman, none of whom have won a championship. At the start of three-on-three, the eight players on the ice had combined to win 18 Stanley Cups.

Well before the key events of the third period, the Kings were already controlling the run of play and forcing a disproportionate amount of icings, pucks off glass and desperation heaves into the neutral zone. There weren’t any real adjustments in the constitution of the gameplan; in the third period, Los Angeles was finally rewarded. The second period was among the better periods the team had played in November, and all they had to show for it was a doubled deficit, courtesy of the welcome mat laid out for Nicklas Hjalmarsson, who scored one of the most characteristic counter-attacking goals of the season. It’s not at all a third-period-on-a-back-to-back-at-the-end-of-a-marathon-trip that felled Chicago (last year, under the same Circus Trip scheduling circumstances, the Blackhawks won, 4-1), but rather that playing the Kings for 60-plus minutes will often ultimately lead to breakdowns, especially when there is a need to retrieve pucks all night against a forecheck featuring Milan Lucic, who notched eight hits to go along with his nine shot attempts. It’s a microcosm of why the Kings have found playoff success. After enough time in which a consensus can be drawn, through their possession habits and sustained physical play – Los Angeles both out-attempted and out-hit Chicago by wide margins – the Kings are likely to account for a slight majority in total goals scored. It doesn’t necessarily come to be against the Blackhawks, but it often will against lesser teams. These individual moments combined to fill out an emotional and important home win that opens up a challenging four-game homestand that continues against Vancouver on Tuesday, followed by Pittsburgh and Tampa Bay next weekend.

Chicago’s best players emerged as their best players in the teams’ previous meeting, a third period Blackhawks comeback that served as the front bookend of the month. Patrick Kane was Patrick Kane in the third period that night, thus overwhelming Los Angeles late at the United Center. Patrick Kane was also Patrick Kane in this game – he had a Grade-A snipe opportunity on one of the game’s earliest shifts and settled for a power play goal as part of a two-point performance – but in the third period Jeff Carter scored in the opening minute to provide momentum before Marian Gaborik and Anze Kopitar accounted for the game-tying and game-winning goals. Don’t overlook the extraordinary saves made by another top player, Jonathan Quick, on Marian Hossa, Artemi Panarin, Andrew Shaw and Brent Seabrook to keep the team in the game, not to mention Jonathan Toews’ missed opportunity in the game’s final seconds. And while we’re crediting individual plays for the game, let’s not forget Alec Martinez’s diving neutralization of a Chicago odd-man overtime rush. 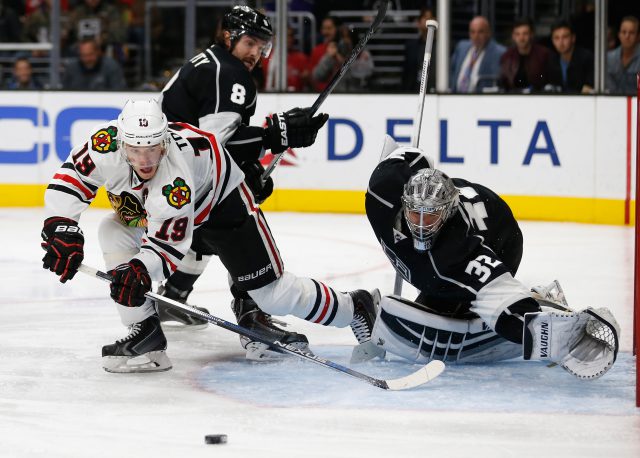