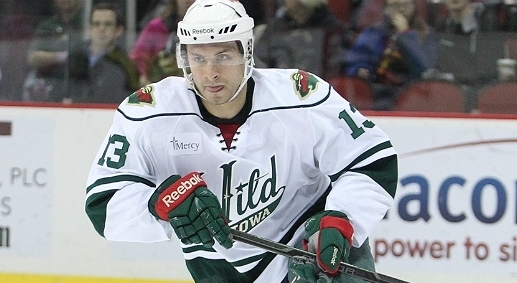 The Reign announced Saturday morning that forward Curt Gogol has joined the team on a professional tryout agreement.

The 24-year-old Calgary, Alberta, native has four AHL seasons under his belt, most recently with the Iowa Wild. Last season he split time with the Wild and the ECHL’s Alaska Aces. He’ll wear jersey No. 13 as a member of the Reign.

Here’s a look at his career so far courtesy of eliteprospects.com:

Gogol is also no stranger to mixing it up a bit. Here’s a few of his fight videos thanks to hockeyfights.com:

The Reign host the San Diego Gulls tonight at 6 p.m. in the second game of a home-and-home series.