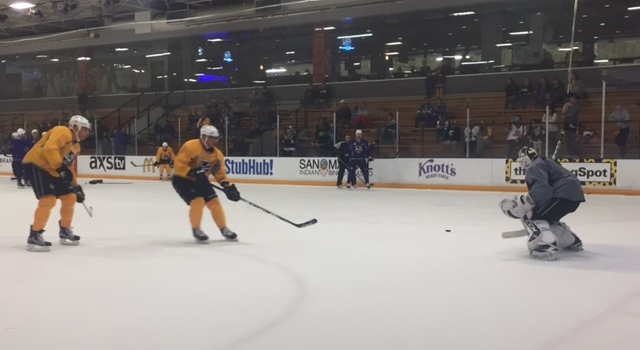 Good afternoon from Toyota Sports Center. The Kings returned to the ice for a regular practice on Friday after a day off on Thursday and lined up similarly to what was shown prior to Andy Andreoff’s move to right wing at the end of the road trip. That alignment included groupings of Pearson-Kopitar-Gaborik, Lucic-Carter-Toffoli, Brown-Shore-Lewis and Clifford-Andreoff-Nolan-Weal. Defensive pairings were McNabb-Doughty, Muzzin-Martinez and a rotation of Ehrhoff and Forbort with McBain. Today’s skate featured ample work on special teams, with the penalty killers holding their sticks upside down.

Dwight King (foot) was not in a walking boot and told me that while the pain has subsided into mostly discomfort and swelling, he was able to put a skate on his affected foot earlier this week and was spotted in the facility on Saturday again wearing a skate on his foot. King said he’s expected to see a doctor again this week; don’t expect him to hit the ice before that appointment. According to Dean Lombardi, King is roughly two to two and a half weeks away from being close to a return. King had a good perspective about the injury, saying that the was fortunate that it had occurred at the very beginning of the season and not the end. He broke a bone in his foot while blocking a shot on October 3 and needed surgery. The original timetable was roughly 8-10 weeks, and tomorrow will mark the eight-week anniversary of the injury.

Matt Greene (upper-body) joined the team on the ice at the end of practice but did not participate in rush drills or special teams work. Both players are on injured reserve.

Darryl Sutter quotes will follow, as will a story on how Jonathan Quick’s quick thinking can serve as an asset in three-on-three overtime. 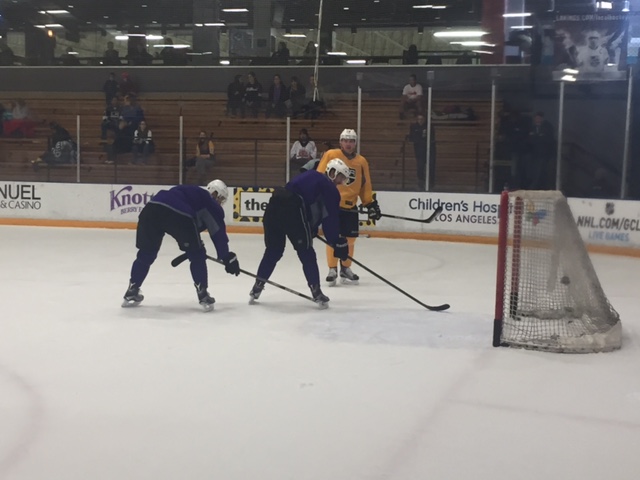