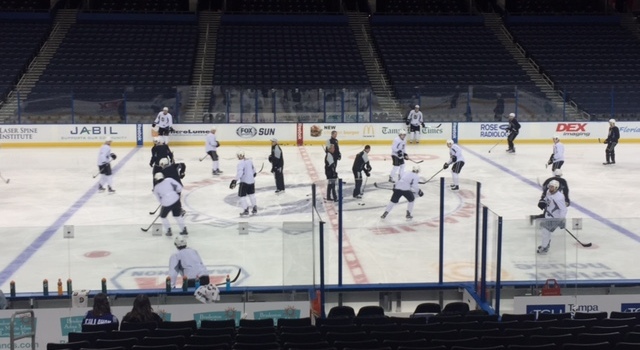 Good afternoon from Tampa, where the Kings will face the Lightning for the rubber-match of this five-game trip (4:30 p.m. PT / FOX Sports West / KABC 790 / I Heart Radio).

All players were accounted for at the morning skate and lined up thusly:

-Forbort was paired with Jordan Weal, a forward, and both remained on the ice for extra work, so it is likely that neither will re-enter the lineup. Jonathan Quick was the first goaltender to leave the ice and is expected to earn the start in net.

-Though Marian Gaborik scored in the win over the Panthers on Monday and has two goals, three points and a plus-one rating in his last five games, the Kings will need to continue to rely on his ability to drive to the net and account for production from close range. I spoke with Gaborik about his line, and whether he feels he’s rekindled his chemistry with Anze Kopitar. “Yeah, I mean, especially last game we had a good start and all the way through the 60 minutes we played a good overall game, we spent some time in their zone, created some chances, and that’s what we have to do every game,” he said. Los Angeles wants him to continue this and distance himself from being a perimeter-type player.

-The Lightning have dealt with injuries to their skilled forwards and while they could receive center Tyler Johnson back from an upper-body injury, Ondrej Palat (ankle) is out, while Jonathan Drouin (undisclosed) and Cedric Paquette (upper-body) are unlikely to play. Ben Bishop will start in goal.

Cooper, on whether Tyler Johnson plays: "There's a chance. He'll play one of these next games. … He's playing this week, at some point." 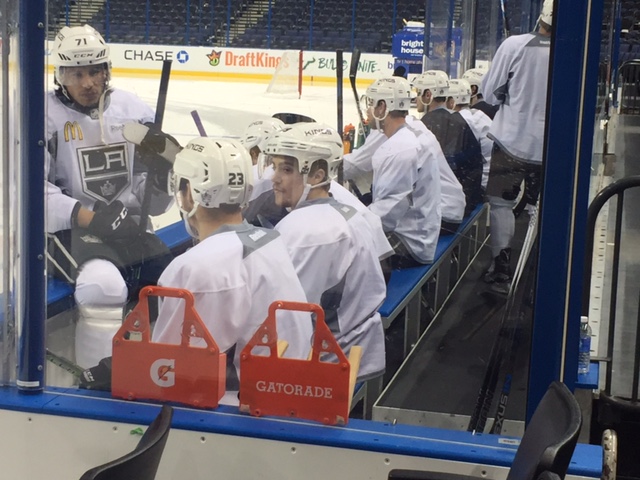