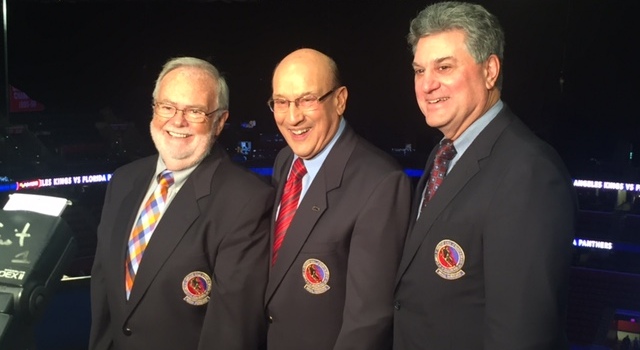 Jiggs McDonald, the original Kings play-by-play broadcaster, took in Monday’s Kings-Panthers game at the BB&T Center and posed for photos with Bob Miller and Nick Nickson in his Hall of Fame blazer prior to the game. McDonald, who will turn 77 this weekend, joined LA Kings Insider to share his recollections about the “missionary work” undertaken by original Kings employees to market hockey to Southern California during the league’s original expansion period, as well as to share his pride in Nick Nickson becoming the franchise’s third play-by-play voice to win the Foster Hewitt Memorial Award. “You won’t find better people in the world than hockey people,” McDonald said. 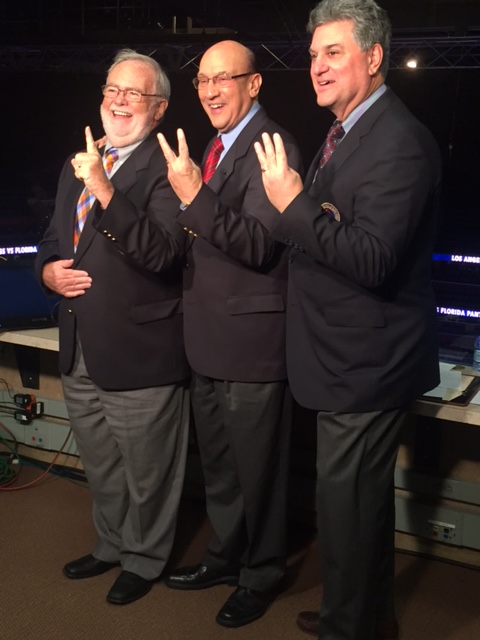 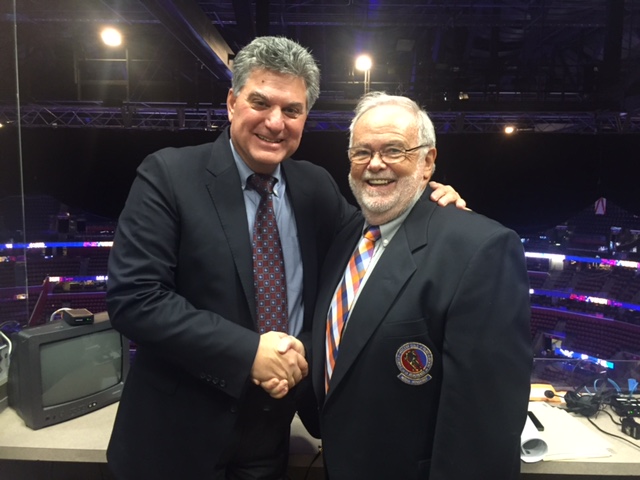