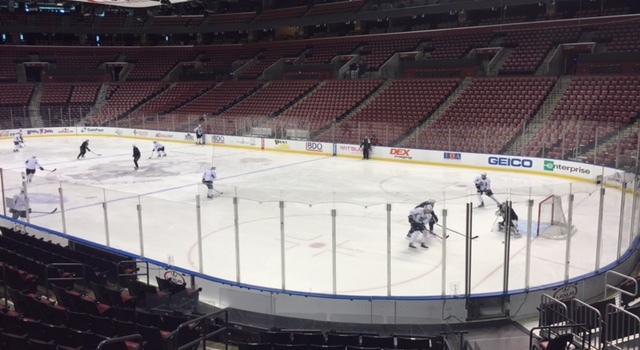 Good afternoon from Sunrise, where the locals say we’re experiencing a cold front. It’s 75 degrees outside.

Notes from the morning skate:

-The Kings are on the return end of a three-in-four-slash-four-in-six, and today’s morning skate was optional. Both goalies participated, and Jonathan Quick left the ice first, so he’s expected to start in net for the second consecutive day. Few other lineup hints were revealed, though Jordan Weal remained on the ice for a touch of extra work. Today’s game preview will project Andy Andreoff replacing Weal in the lineup, with the rest of the lineup remaining the same. Keep in mind that Darryl adjusted lines throughout the last two outings. That 70’s Line was reunited midway through Sunday’s game, as was Milan Lucic with Anze Kopitar and Marian Gaborik, and the latter trio combined for a goal, so there’s a chance we could see a bit of a shake-up. Expect to see extra bodies on the ice for warm-ups.

-The topic of discipline and minimizing goals against surfaced less than 24 hours after the Kings were shorthanded six times and allowed four goals in a one-goal defeat at Carolina. “I think it’s pretty clear for us, our goals-against is critical for us, and penalty kill is a big part of that, both taking penalties and killing penalties,” Associate Head Coach John Stevens said. “We put ourselves in situations last night with extended five-on-threes that they capitalized on, and if you’ve got to score five goals to win, you’re probably not going to win. That much we know – we’ve got to be better defensively, we’ve got to stay out of the penalty box, and we’ve got to cut down on our goals against.”

-Al Montoya will start in goal for Florida, while Dave Bolland will be scratched.

-The Panthers will have Aleksander Barkov, who didn’t play in Los Angeles last month, in the lineup. “He’s Kopitar,” Willie Mitchell said of the third-year Finn earlier today. “Watch him out there tonight. What is he, 20? 20 years old. He’s Kopi. He dominates the game through the middle of the ice. He’s so smart for a 20-year-old, and he’s well-coached.” 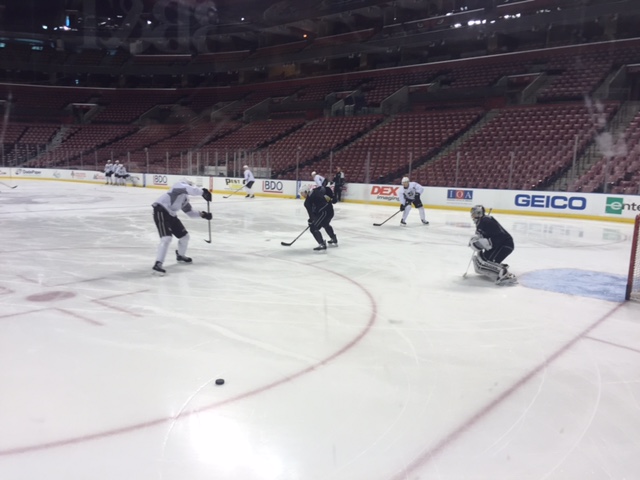 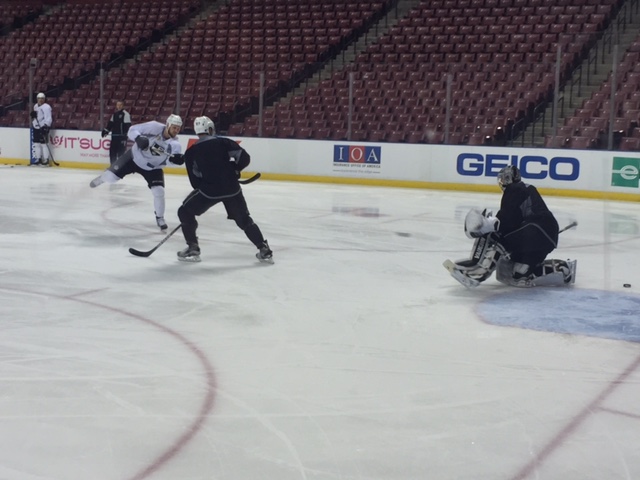 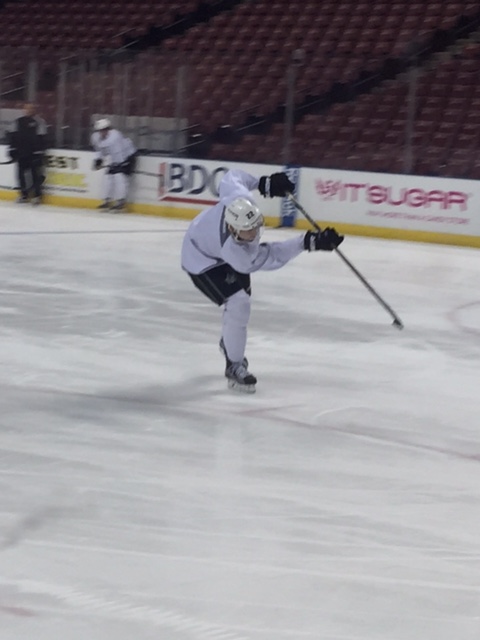