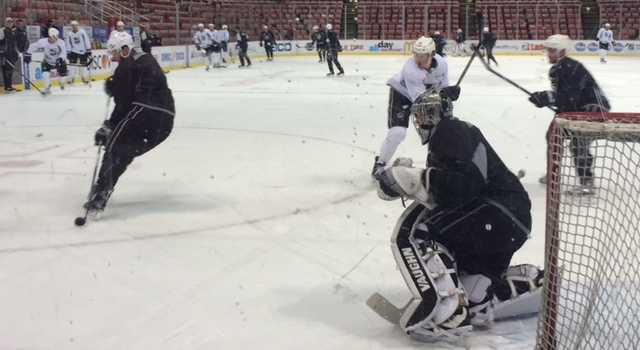 -Line rushes indicated no changes from the alignment used against the Flyers on Tuesday, though Jhonas Enroth was the first goaltender to leave the ice and is expected to start in net. Expect to see Anze Kopitar center Tanner Pearson and Marian Gaborik, Jeff Carter center Milan Lucic and Tyler Toffoli, Nick Shore center Dustin Brown and Trevor Lewis, and Andy Andreoff center Kyle Clifford and Jordan Nolan. Defensive pairs should remain Brayden McNabb-Drew Doughty, Jake Muzzin-Alec Martinez and Derek Forbort-Jamie McBain, but it’s still possible that we could see Christian Ehrhoff in Forbort’s place. Ehrhoff skated alongside (forward) Jordan Weal as part of an extra defensive pairing, which is an indication that the two are likely to be out of the lineup, but no skaters remained on for a surplus of work. It wouldn’t be a surprise to see all available players take warm-ups and a decision on the lineup be made closer to game time. 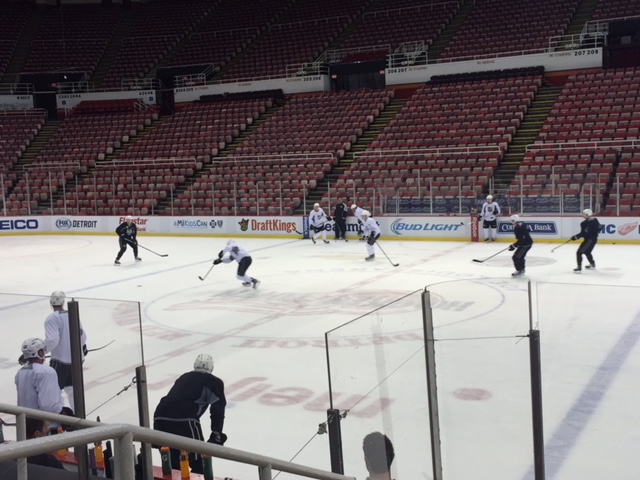 -The Red Wings are expected to welcome Brad Richards (back) and Brendan Smith (illness) back to the lineup. Richards hasn’t played since October 21 and is expected to skate opposite Teemu Pulkkinen on Pavel Datsyuk’s line. Henrik Zetterberg is expected to center Justin Abdelkader and Dylan Larkin, Riley Sheahan should center Tomas Tatar and Gustav Nyquist, and Luke Glendening should center Drew Miller and Darren Helm. Petr Mrazek will start in net; Detroit plays in St. Louis Saturday night.

-There will be a heavy contingent of friends and family in the stands this evening. Aside from Martinez, a Rochester Hills, Michigan native, eight active Kings are from Ontario, with a heavy portion of them hailing from cities and towns along the Highway 401 corridor that links Detroit with Toronto. Former Sabres, Islanders and Latvian National Team coach Ted Nolan was on hand in the stands during the morning skate.

-I’ll join NHL Live this afternoon at roughly 2:30 p.m. Pacific Time. After that, I’ll interview Martinez from the bench during warm-ups. More stories to come on a busy day from The D. 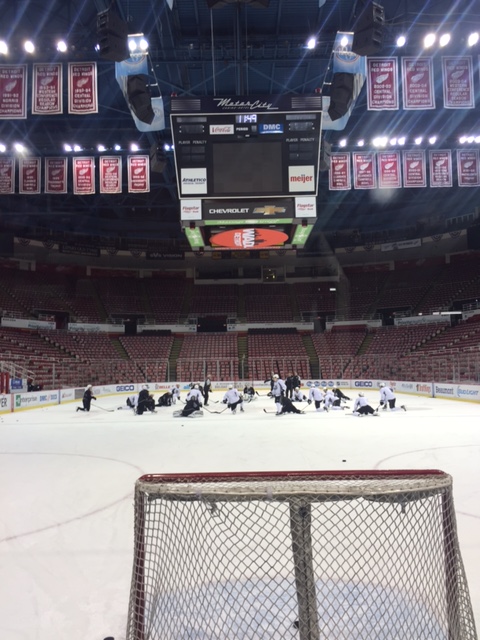