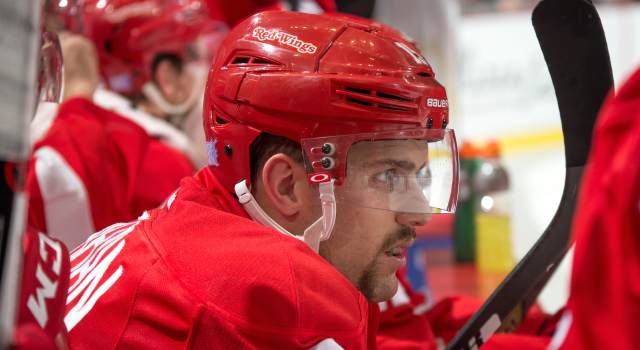 Riley Sheahan, who is expected to center Tomas Tatar and Gustav Nyquist on a skilled third line tonight, joined LA Kings Insider after Detroit’s morning skate to discuss the impact of Brad Richards and Brendan Smith’s return to the lineup and how the Red Wings will look to cultivate consistent scoring with a dressing room that is now nearly fully healthy. The former Notre Dame standout also discussed the Midwest rivalries on a team that has a heavy presence of former Wolverines and Spartans, including the impact of rookie Dylan Larkin, who has broken onto the scene with six goals and 13 points in his first 19 NHL games.