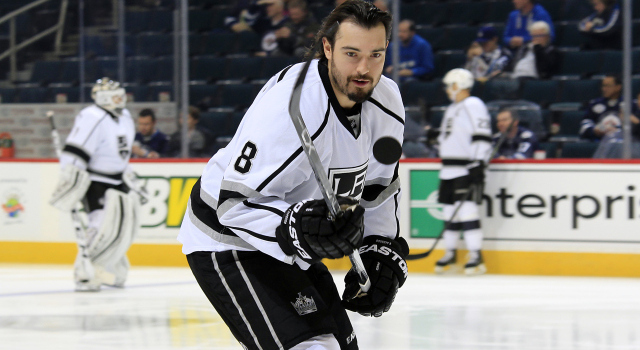 Dustin Brown said what we all know: “He’s probably one of three or four players that if you take him off our team, we’re not the same team.” In some terrific work by the KingsVision crew in capturing Drew Doughty’s on and off-ice demeanor and impact, the latest Black and White episode contains 2008 draft footage of a much younger and clean shaven Doughty energetically striding towards the stage after being drafted, great slow motion footage of his three-on-one break-up and game-winning assist against Nashville, and Rob Blake’s comparison between Doughty and Ray Bourque. This is an excellent encapsulation of Doughty’s personality.

In case you missed it, here’s his Hockey Night in Canada interview with Sportsnet’s Gene Principe: