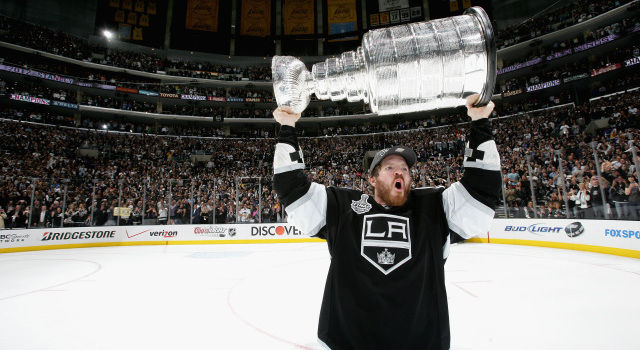 The release, translated into English via Google Translate, reads:

Forward Colin Fraser terminated with immediate effect his career as a professional hockey for personal reasons. The 30-year-old Canadian has informed the sporting management of Thomas Sabo Ice Tigers last Monday of its decision.

“Colin has decided after long reflection to end his career. It is a decision that we respect, of course. For us this is very unfortunate, because Colin has given for us in every game all. We would like to thank him for his great commitment and wish him and his family all the very best for the future, “said Ice-Tigers sports director Martin Jiranek.

Colin Fraser: “My decision was purely personal reasons. I want to emphasize once again that my family and I have felt in Nuremberg and at the Ice Tigers very well and both city and organization will always keep good memories.”

Most importantly, here’s to hoping that the personal reasons that have precipitated a mid-season retirement are not severe, and that everything is fine with him and his family.

In his playing career, Fraser was the epitome of a team-first player, and littered his career with championship achievements. He won a gold medal as part of Canada’s star-studded 2005 World Junior Championship team and was a 2010, 2012 and 2014 Stanley Cup champion, though he didn’t play with the Kings after a February, 2014 assignment to AHL-Manchester (he did return for the playoffs and traveled, but did not get into a game). During his junior hockey career with WHL-Red Deer, he was named the WHL and CHL Humanitarian of the Year for his community work in the 2004-05 season.

His final NHL game was a 4-3 loss to Anaheim on January 2, his only game with the St. Louis Blues last season. Fraser had signed with DEL-Nürnberg over the off-season.

Darryl Sutter reflected on several of his Colin Fraser memories after Wednesday’s practice.

“…Probably the one that everybody should remember would be he was on the ice for the last shift when they won the Stanley Cup, and he was the first guy, I think, who jumped Jonathan Quick,” he said. “He scored a big goal in that series, too, going into New Jersey – the goal on Brodeur from the slot.”

Said Trevor Lewis: “He was awesome. He was always keeping the room loose and telling jokes. He was a great team guy. He knew his role, he did his role, and he was great at it.”

That, of course, was representative of a fully balanced 2011-12 Kings team that brought the Stanley Cup to Los Angeles for the first time in franchise history. Simon Gagne, another 2012 Cup winner, was honored Tuesday night by the Flyers.

“I think everyone kind of knew their role and accepted it, and everyone did a good job at it,” Lewis said of the 2011-12 team. “I think once you accept that role and you take it on and you take pride in it, and I think that’s what we did then.”

Of the 24 members of the 2011-12 team whose names were engraved on the Stanley Cup, 11 currently play for the Kings, six play for other NHL teams, two play for teams outside of the NHL, and five are out of hockey.