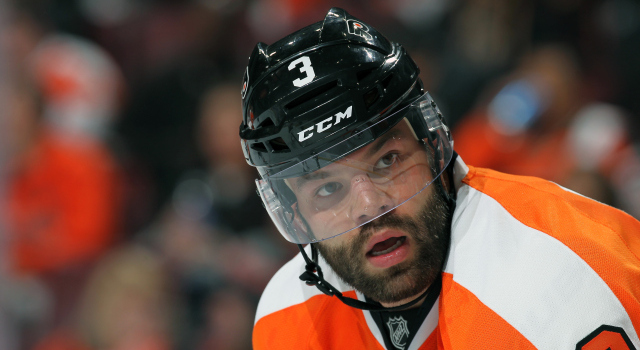 Flyers defenseman Radko Gudas, who can grow a tremendous Movember mustache, is one of the more fearsome hitters in the National Hockey League. Having joined the Philadelphia organization while he was injured as a part of a trade that saw Tampa Bay acquire Braydon Coburn last season, Gudas made his Flyers debut in October and is averaging over 19 and a half minutes of ice time. Gudas attended training camp with the Kings in 2009 but was unable to sign a contract with the club and spoke about his memories of Southern California in addition to his transition to one of the country’s most passionate sports cities. If you listen closely, you may also hear an Everett Silvertips reference or two.