Waking up with the Kings: November 11 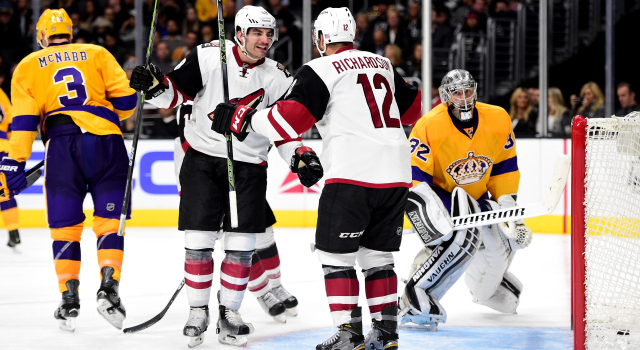 Someone’s going to have to win the Pacific Division, and neither the Los Angeles Kings nor the San Jose Sharks stepped forward with two important points on Tuesday, so the Vancouver Canucks, who have won seven of 16 games, are looking down on six other teams as the Anaheim Ducks, whose four-game winning streak ended with a consolation point Monday, continue to lurk in the weeds. And it’s probably unfair to take a roll call of the division without acknowledging the Arizona Coyotes, who have produced positive results and a nice story through the first month of the season, having gone 8-6-1 through 15 games and sweeping the first four games they’ve played against their Southern California rivals. This column raised the likelihood on October 10 that they’d gravitate towards the bottom of the league-wide standings, but that’s not going to be the case. They’re probably not a playoff team, but they are a Dave Tippett team, and there have been performances well beyond Max Domi and Anthony Duclair that have lifted the Yotes to a promising start through 15 games. It’s interesting that when asked about Domi and Duclair after Tuesday’s morning skate, Darryl Sutter replied, “You guys should talk about Rieder, also, you should talk about Martinook, you should talk about Brad Richardson,” before referencing the added speed throughout Arizona’s lineup. All three recorded a point, and the game-winning goal was scored when Martinook gained a step on Anze Kopitar in the corner and issued an unimpeded centering feed to Richardson, who redirected the puck up high and into the net after planting his stick between Brayden McNabb’s legs.

McNabb has drawn some heat for Tuesday’s loss, and his up-the-middle giveaway that allowed Arizona to equalize in the first period was certainly one of the early season’s forgettable moments. But there were other individual performances that will have to be improved for the Kings to continue winning hockey games. Jamie McBain has been praised for his ability to create offense and sling the puck around during his Los Angeles tenure, and while he whistled the puck across the zone to set up Tyler Toffoli’s power play goal, he also had an up-the middle turnover on an attempted breakout pass that set up the third period sequence in which Richardson potted the game-winner. Dustin Brown, who had removed himself from the schneid with his first goal of the season (Martin Hanzal and Erik Karlsson, who both had previously been held out of the goal column, also scored Tuesday), didn’t exactly draw effusive praise from Darryl Sutter after the game and finished the contest without recording a hit. It’s interesting that Sutter used the word “soft” four times in the post-game press conference, and that’s something that will have to be immediately addressed with the highly effective Matt Martin – Casey Cizikas – Cal Clutterbuck line – perhaps the best and hardest fourth line in hockey – coming to town on Thursday. 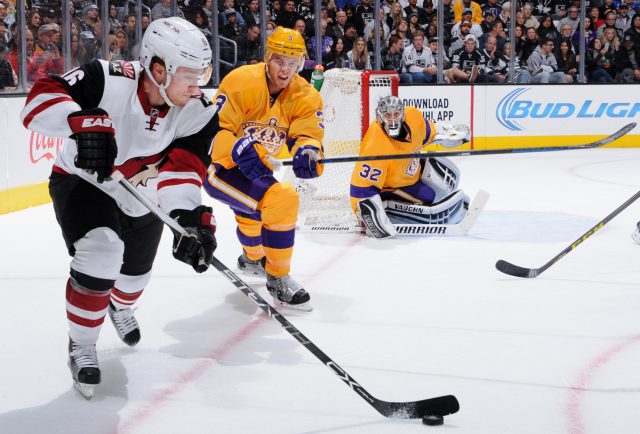 There were some missed opportunities in Tuesday’s loss. Even though the possession metrics will indicate that Los Angeles played well enough to win and that Arizona was awfully opportunistic, the Kings also were plagued by turnovers and the inability to construct a two-goal lead while Mike Smith was keeping the visitors in the game for the first 30 minutes. It’s interesting; after Toffoli’s goal, L.A. was absolutely flying. Nick Shore nearly caught Smith out of position, and in the five minutes that ensued, they played with an excellent pace and continued to generate not only shot attempts but quality looks, and then the Coyotes benefited from an awkward deflection in the slot as an off-balance Martin Hanzal took advantage of Alec Martinez, who was unable to find the handle on a bouncing puck, and scored on Arizona’s first shot on goal in over seven and a half minutes. After that moment, the Coyotes created their own momentum and played a steady road game for the final period and a half. Though the Kings are 4-1-0 against the Wild, Jets, Predators, Blackhawks and Blues, they’re 2-4-0 against the lukewarm Pacific , and that’s a win rate that’s going to have to improve if they’re going to be a playoff team. 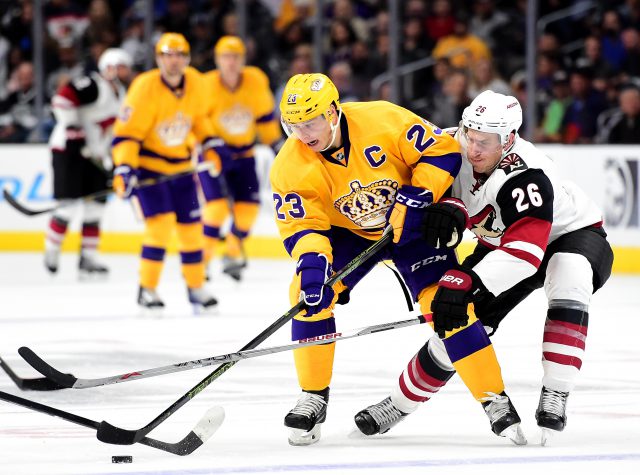