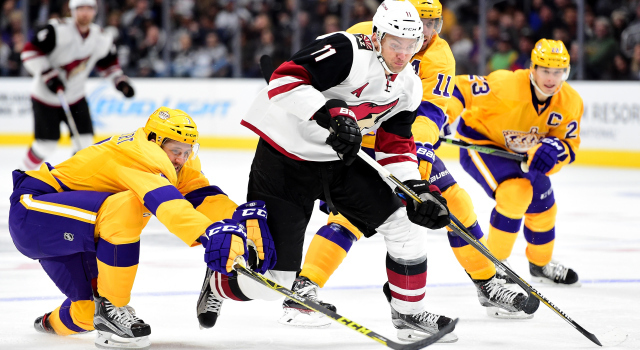 -By assisting on Dustin Brown’s goal, Drew Doughty registered his 210th career assist, surpassing Lubomir Visnovsky for fourth place on the Kings’ all-time list of assists by a defenseman. He is now six assists behind Steve Duchesne (216) for third place.

-Dustin Brown scored his first goal of the season and first goal since April 2, 2015. He has points in three straight games (1-2=3).

-Tyler Toffoli scored his 10th goal of the season, which ties him with Patrick Kane and Jamie Benn for the NHL lead.

-Tanner Pearson registered his fifth assist of the year, setting a new career-high. He has four points (1-3=4) in the last four games.

The Kings are scheduled to practice on Wednesday at 11:00 a.m. at Toyota Sports Center.