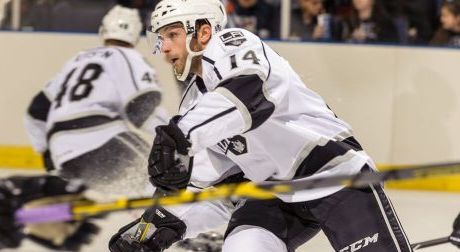 The Reign announced on Monday afternoon that forwards Derek Arnold and Kenton Miller have been released from their pro tryouts and sent back to their respective ECHL teams.

Arnold heads back to the Kings’ ECHL affiliate in the Manchester Monarchs while Miller returns to the Wichita Thunder. Both players were brought in on Oct. 29 after an injury to Kris Newbury (foot) and ongoing injuries at the time to Paul Bissonnette and Joel Lowry.

Lowry is projected to return this weekend at Bakersfield, head coach Mike Stothers said last week, if not sooner. Bissonnette made his return to the lineup last Thursday from a groin injury.

Both forwards went point-less during their time in Ontario, with Arnold dressing for two games and Miller one.