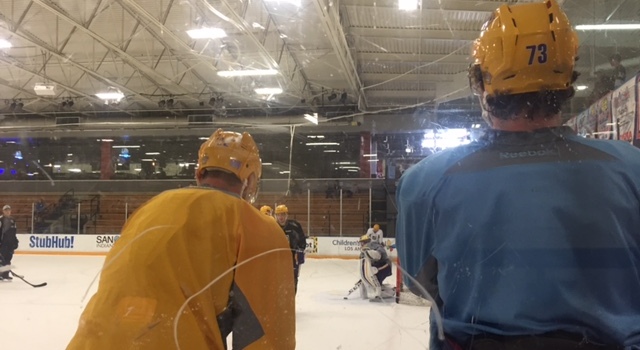 Good afternoon from the Kings’ offices in El Segundo. Tomorrow’s game is an afternoon game against the Florida Panthers (1:00 p.m. / FOX Sports West / KABC 790 / I Heart Radio), so line pairings are particularly worth noting and the #LAKingsGoalieTweetOff applies.

-There have been some changes. Stories this afternoon will address them, but one of the central questions revolves around the depth in the defense. Matt Greene, who still hasn’t taken contact, isn’t likely to come off injured reserve tomorrow – “I think today was probably his first game drills, but he still [needs] contact,” said Darryl Sutter, who also acknowledged that “our defense had a tough night last night.” So should we be reading anything into the pairing between Greene, who isn’t likely to play, and Christian Ehrhoff? Sutter said “no,” but keep in mind that he may be trying to send a message. In an applicable situation, Sutter also said that Tanner Pearson “was a game-time decision in St. Louis, and hopefully that woke him up.” So perhaps placing Ehrhoff alongside a player in practice who isn’t expected to be in the Saturday’s lineup may be another one of those “wake-up calls.”

-Jonathan Quick left the ice first and is expected to start in net against the Panthers. 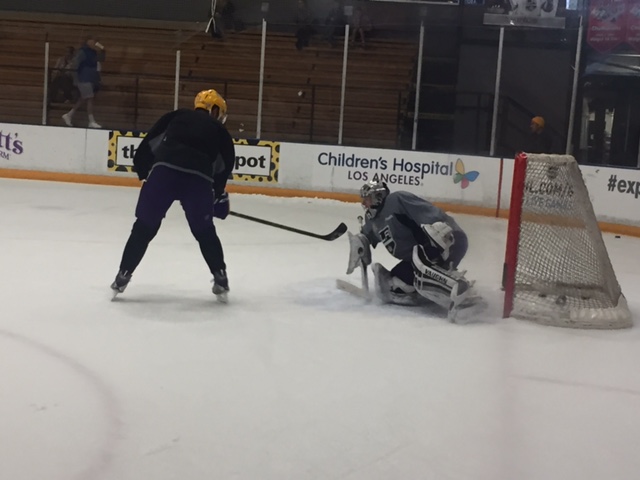 -Meanwhile, Florida practiced in San Jose and not El Segundo today, so there aren’t any Willie Mitchell updates. :(

Everyone skated including Bolland (hand). Gallant said he will be a game-time decision tomorrow afternoon vs Kings #flapanthers

-Aleksander Barkov is on injured reserve with an upper-body injury. Rocco Grimaldi, the Rossmoor native who played at the University of North Dakota with Derek Forbort for two seasons and was a regular at the El Segundo conditioning skates this past summer, should be expected to play. 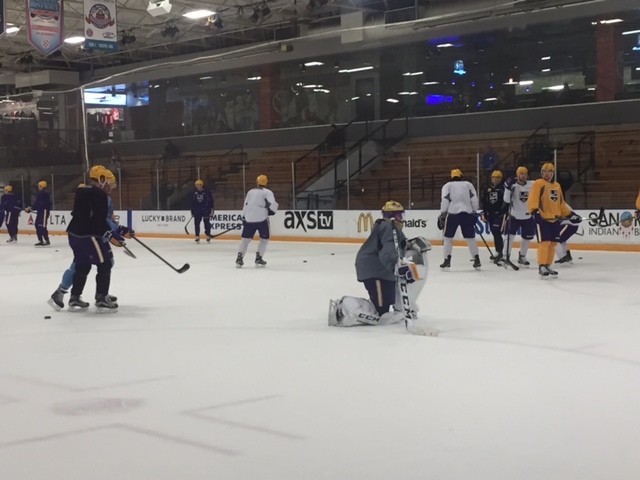